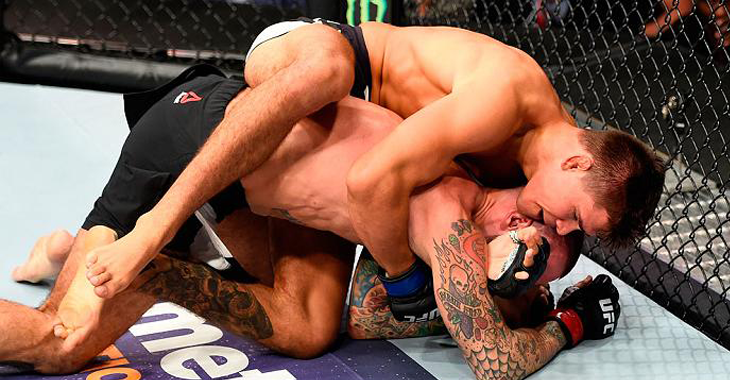 Gall’s last fight, of course, was a big one, but not a particularly difficult one. On the main card of UFC 203, he served as the MMA welcoming committee for former WWE star CM Punk, who had precisely zero combat sports experience leading into their fight. As expected, Gall dominated his outmatched foe to a first-round submission win.

As Gall prepares for his bout with Northcutt, however, talk of Punk’s being given a second bout with the UFC is still common. In a recent appearance on The MMA Hour, Gall addressed the possibility of his former foe getting a second UFC bout. Unsurprisingly, the prospect is not optimistic that Punk’s sophomore MMA effort will go any better than his first. “I think he’ll be dealt [with] the same way I dealt him,” Gall told host Ariel Helwani. “If he fights a UFC caliber guy, I think they’ll do it in the same way. So I think in hindsight, he probably should’ve taken some regional fights, amateur fighters, smaller shows. But I think that’s ballsy of him to want to come back.”

Gall also gave his opinion on whether Punk’s competing in the UFC tarnishes the integrity of their product. While he understands that Punk is a sizeable pay-per-view draw, he admitted that he’s probably not great for the legitimacy of the UFC.

“I don’t know,” Gall said. “I mean, he’s definitely going to help your pay-per-view and he brings that other audience,” Gall said. “But for kinda the legitimacy of the sport, I think it may water it down a little bit.”

Do you want to see Punk fight in the UFC again? Sound off, PENN Nation!