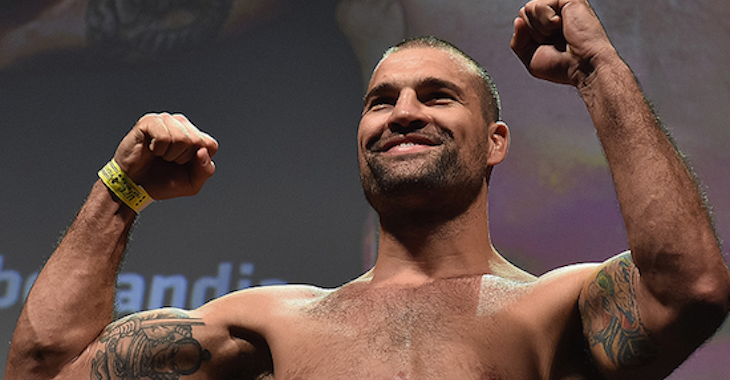 Though he has been labelled as “washed up” and “past his prime” more than a few times over the last few year, PRIDE legend Mauricio “Shogun” Rua is currently enjoying a significant career resurgence. The Brazilian striking specialist is currently on an impressive, three-fight streak, having recently bested fellow legend Antonio Rogerio Nogueira by unanimous decision, talented contender Corey Anderson by split decision, and gritty New Yorker Gian Villante by knockout.

Any future title shot, of course, will depend on the outcome of Shogun’s next fight. And while the opponent for that fight remains a mystery, the location is now out in the open.

In a Monday evening post to Instagram, Shogun’s coach Daniel Abdul revealed that the Brazilian’s next fight will occur during the UFC’s September 23 return to Japan.

“Excellent training today with [Shogun] today,” Abdul said in his post. “Kicking off the camp for his next fight on September 23 in Japan.”

While the location of Shogun’s next fight has been revealed, it’s difficult to say who he’ll fight in Japan, as most of the light heavyweight top-1o is currently booked. One likely candidate, however, seems to be Ovince St. Preux, who Shogun lost to by knockout back in late 2014. The Brazilian has recently admitted he would like a shot at redemption against the American.

Who do you think Shogun will fight in Japan this September?