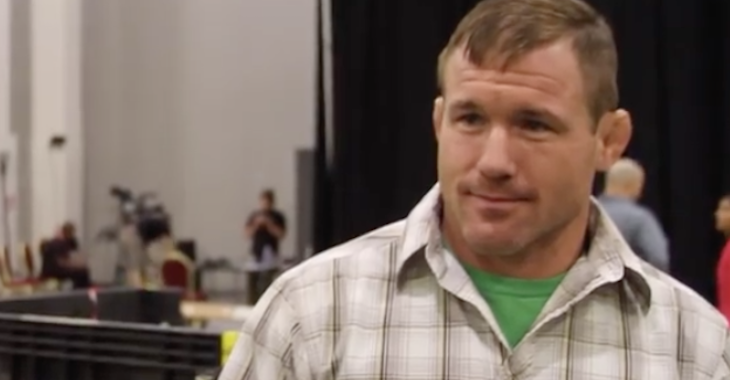 Earlier today, tragic news surfaced that UFC Hall of Fame fighter Matt Hughes was involved in an brutal accident which saw his truck get struck by a train.

Shortly following the accident, Hughes was airlifted to a nearby hospital, where UFC President Dana White stated that he was being treated for head trauma.

Illinois State Police told the State-Journal review that the former multiple-time UFC welterweight champion, Hughes, crossed the railroad tracks directly in front of a moving train which struck the Hillsboro native on the passenger side of his vehicle.

“Hughes’ family asks that you respect their privacy during this difficult time. They ask that you keep Matt in your thoughts and prayers.”

Thankfully the former UFC welterweight champion of the world has been stabilized following the horrific accident.

We will keep you updated on Matt Hughes’ condition as further updates become available.

Please continue to keep Matt and his family in your prayers.