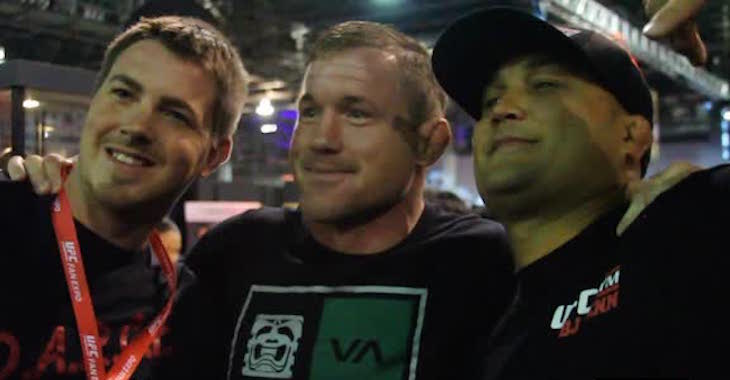 Friday afternoon, unfortunate news surfaced that UFC Hall of Famer Matt Hughes had been involved in a horrific car accident that saw him airlifted to a hospital after his car was struck by a moving train near his hometown.

While details on the situation remained scarce, UFC President Dana White revealed that Hughes was in the hospital being treated for head trauma, and that his family was traveling to the hospital to be with him.

Since then no further updates on Hughes condition have emerged, however the MMA community was quick to begin pouring out their support to Hughes and his family via social media:

Hoping everything is OK with Matt Hughes. My thoughts and prayers are with him and his family.

If anyone can battle back, it's @matthughes9x . Pray for the champ

Heart and Thoughts go out to @matthughes9x and his family! 🙏🏾

Until more details come out I'm just gonna hope this isn't as serious as it sounds. All the best to my friend @matthughes9x https://t.co/WQtwbmsn6k

My heart aches with the news of Matt Hughes. Matt is a good person & a great representative for our sport of MMA. Get well my frend

Say a prayer for Matt Hughes and his family. He was in an car accident vs train. https://t.co/CtWwq1swBL

Thoughts go out to Matt Hughes and his family.

Sending my thoughts, prayers and positive energy to @matthughes9x and his family. 🙏🏻 https://t.co/f990okGyid

#Repost @ufc with @repostapp
・・・
Our thoughts are with Matt Hughes and his family https://t.co/qUXgo3p2L2

Our thoughts are with Matt Hughes and his family. pic.twitter.com/TF6BaHSa85