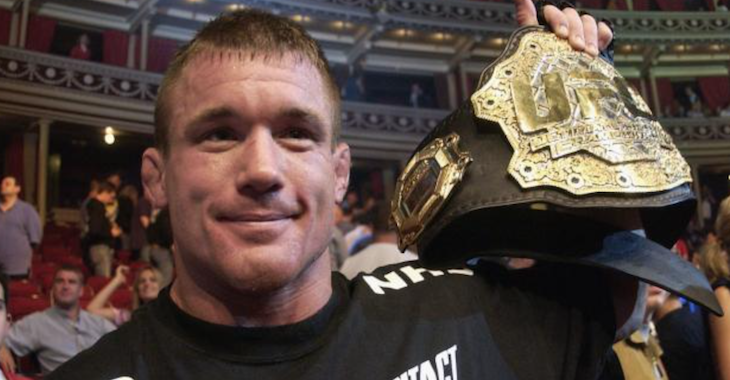 UFC Hall of Fame legend Matt Hughes has been recovering in the hospital after the truck he was driving was struck by a train on June 16 near his hometown in Illinois. The accident happened as Hughes was crossing a train track where an oncoming train struck the passenger side of his vehicle. The former UFC welterweight champion was then airlifted to HSHS St. John’s Hospital in Springfield, Illinois.

Matt’s sister, Beth Ulrici Hughes gave an update on her Facebook page as she stated her brother is no longer on a ventilator.

“Matt is off the ventilator and showing some small signs of improvement,” the statement read via MMA Fighting. “There are some stories and comments out there that are exaggerated. Please don’t believe everything you hear or read. This is going to be a long journey for his recovery.”

While Matt Hughes is known around the world after establishing himself as one of the greatest welterweights the UFC has seen, his family is not used to all the press and coverage surrounding them during this extremely tough time. As some updates on Matt’s condition may be coming from different sources on the Internet, Beth advises all to only listen to what the Hughes family is publicly stating. “Please understand that Matt was the only public figure in our family,” Beth added in the statement. “The rest of us are just regular everyday small town folks. We have never had to deal with the media and all the added stress that comes with it. We are all very private people and we are doing our best to keep you all informed; but our focus right now is Matt and his recovery. No news is good news!”

Keep wishing Matt Hughes a quick and full recovery and stay tuned for updates as they become available.