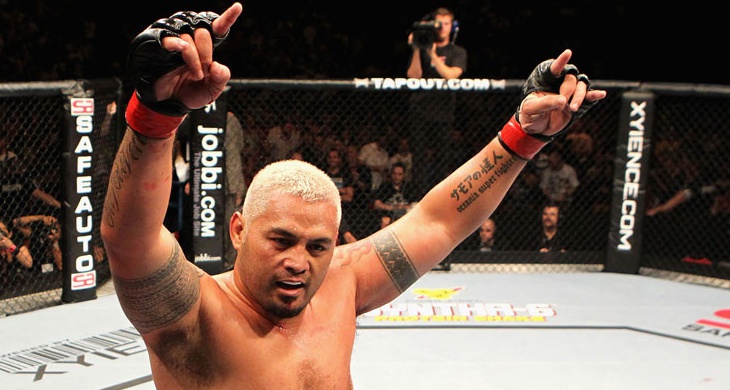 Leading up to UFC 200, where former UFC heavyweight champion Brock Lesnar made his highly anticipated return to the Octagon after 5 years away from the Octagon, there was quite a bit of controversy regarding Lesnar’s USADA exemption that saw him evade the first several months of random USADA drug testing leading up to the fight.

Despite that, Lesnar was tested multiple times between the time it was announced that he would be fighting, and fight night. Following his win over Mark Hunt, it was revealed that Lesnar had failed a pre-fight and a fight night drug test. While he is currently serving a year-long suspension for the infraction, Mark Hunt has been very outspoken regarding the situation, even going as far as to file a civil suit against Lesnar and the UFC over the matter. Now, as Hunt gears up for his UFC 209 rematch with Alistair Overeem on March 4th, Hunt has explained that while he assumed Lesnar was using PEDs ahead of their UFC 200 scrap, he couldn’t be positive.

“Knowing and assuming are two different things,” Hunt said. “I assume a lot of stuff. I mean, look at the guy. He comes from a pro-wrestling background. I didn’t actually know these things. I’ll always say, ‘Well, he looks like he’s cheating.’ Of course I’m gonna say it, because that’s the way I am.”

“I didn’t actually go and test him myself,” Hunt said. “Everyone says, ‘You knew.’ I didn’t actually know. Assuming someone is doping is different from knowing. That’s the difference here. I didn’t know. I assume everybody is on an even playing field up at the top until they get caught.”

While Hunt is certainly facing an uphill battle in his pursue of a civil suit with his employers, he believes he’s doing what’s right: “Of course it’s always a problem, but it’s what’s right,” Hunt said. “People say it’s about money, well it’s about grabbing a cheater’s money. It’s about taking the cheating out of the sport and making it even. It’s about an even playing field for me, at the end of the day.”