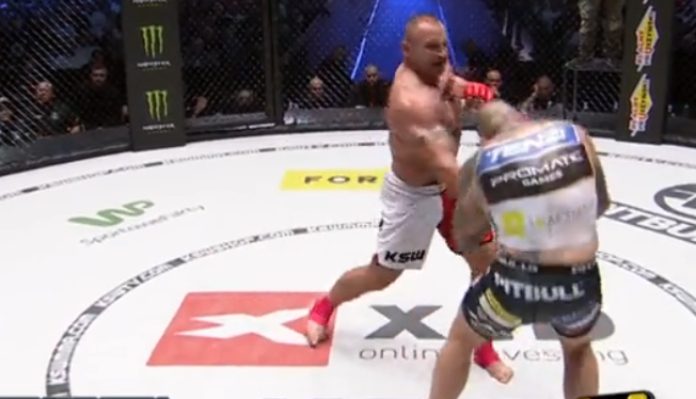 Pudzianowski shared the cage with Michal Materla inside Atlas Arena in Łódź, Poland. The fight ended in a scintillating and scary fashion.

Take a look at the finish:

Fans quickly grew concerned after Materla remained on the canvas for several minutes. He eventually rose to his feet and fans in attendance expressed a sigh of relief.

With the victory, Pudzianowski has now extended his winning streak to five. He hasn’t lost a fight since March 2019. His pro MMA record has improved to 17-7.

As for Materla, the former KSW Middleweight Champion sees his two-fight winning streak snapped. He had rebounded from a first-round loss to Roberto Soldić, scoring wins over Moise Rimbon and Jason Radcliffe.

There was plenty of action at KSW 70. Ricardo Prasel went one-on-one with Daniel Omielańczuk, Ivan Erslan took on Rafal Kijańczuk, and much more.

Here are the full KSW 70 results: