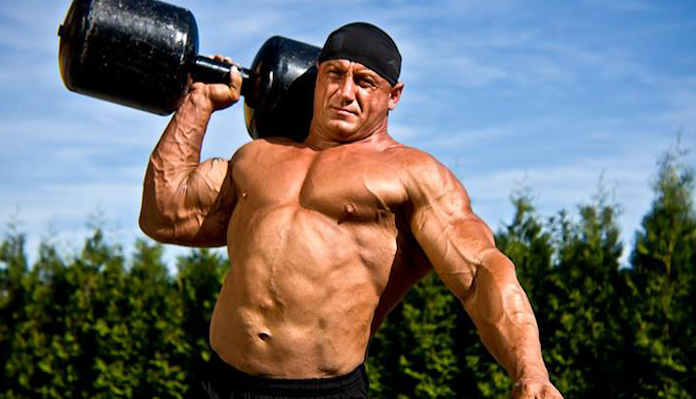 Former World’s Strongest Man Mariusz Pudzianowski returns to mixed martial arts when he takes on an opponent TBD at KSW 59 in March.

The promotion itself announced that “Pudzian” will return on March 20 at KSW 59 for his first MMA fight since a TKO win over Erko Jun at KSW 51 in November 2019.

Mariusz Pudzianowski returns at #KSW59 and @AntunRacic will defend his bantamweight title!!! pic.twitter.com/imAu7Bg6rd

It’s official!!! PUDZIAN IS BACK!!! Mariusz Pudzianowski returns at #KSW59 and @AntunRacic will defend his bantamweight title!!!

Pudzianowski is a former strong man who won the world title in 2002, 2003, 2005, 2007, and 2008. Since 2009, Pudzianowski has fought exclusively in mixed martial arts, going 13-7, 1 NC overall in 21 professional bouts. All but one of those fights took place in the KSW cage. The only fight that Pudzianowski ever fought outside of KSW was a TKO loss to former UFC heavyweight champion Tim Sylvia in 2010. Pudzianowski vs. Sylvia was the main event and, believe it or not, but future UFC heavyweight champion Stipe Miocic was actually the very first fight on that card.

Pudzianowski is now 43 years old and he has fought a number of notable names over the years in the heavyweight division, including Butterbean, Sean McCorkle, Rolles Gracie Jr., Jame Thompson, Oli Thompson, and Jay Silva. Out of his 13 career victories, eight of Pudzianowski’s wins have come by stoppage. However, he has struggled when he has lost, as he’s been finished in all seven of his defeats.

Although KSW didn’t announce his next opponent yet, one can imagine it will be a winnable fight for the former world’s strongest man. Likely, the KSW matchmakers will look to find another aging veteran who has also had a long layoff and who stylistically is a winnable fight for Pudzianowski. With KSW 59 coming up next month, we will likely find out who this mystery opponent is in the next couple of weeks.

Do you think Mariusz Pudzianowski will be successful in his return to the KSW cage?