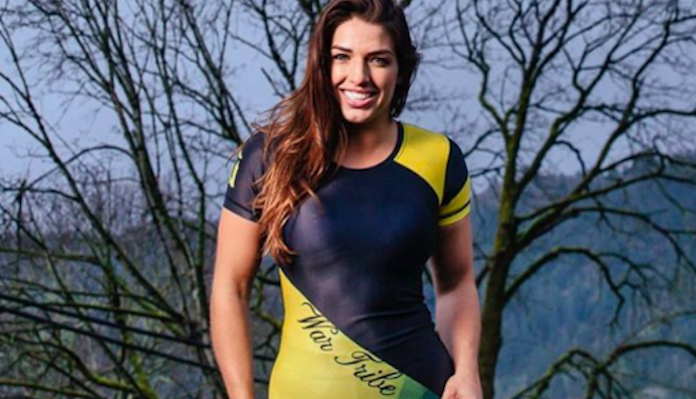 Last night, on the undercard of UFC 222, decorated BJJ player Mackenzie Dern made her anticipated Octagon debut opposite the game Ashley Yoder.

Despite a few moments of adversity, the increasingly popular Dern was able to do enough to capture a unanimous decision victory and secure her first Octagon win.

Speaking to the media after her win, Dern assessed her performance in her first Octagon outing.

“I am so happy to be here and to earn my first UFC win, it feels absolutely amazing. I’m very hard on myself so I really wanted to get the submission,” Dern said (h/t Sherdog.com). “I’m a jiu-jitsu girl, so that’s always the goal, and I’m disappointed unless I get it. But I am also much more than just jiu-jitsu, so going out and fighting a lot of stand-up was a fun, and I’m glad I got to show that side of my game. I landed a lot of heavy shots in the first round and I’m proud of that.”

“I want to continue to improve in all areas of the sport and I think tonight showed that I am working hard to be a well-rounded mixed martial artist.”

Needless to say, Dern seems dedicated to improving each time she returns to the UFC’s Octagon. And as it turns out, she’s hoping to return quite soon.

Post-fight, the rising strawweight star expressed interest in fighting at UFC 224 in Brazil on May 12.

“I can’t wait to get back out there and fight again,” Dern said. “I am hoping to fight in Rio at UFC 224. Brazil is one of my homes and it would be an honor to fight for UFC in Rio.”

What did you think of Mackenzie Dern’s first win in the UFC? Who do you want to see her fight at UFC 224?