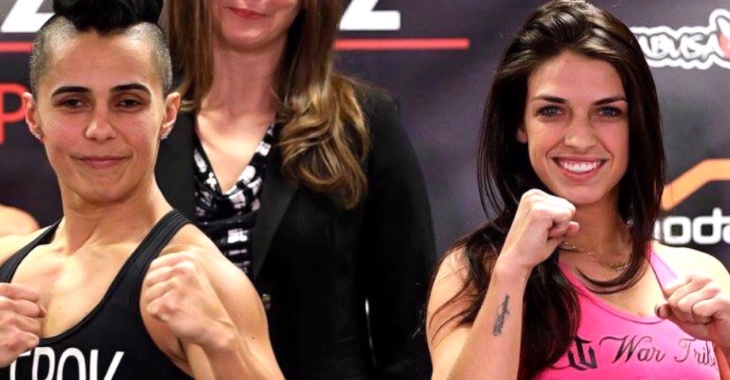 Mackenzie Dern is one of the brightest prospects in all of MMA. The world championship BJJ black belt has gotten her career off to a hot start, going 4-0 with two spectacular submission victories and two dominant unanimous decisions. The only issue is that in two of Dern’s three fights at the 115 lb Strawweight division she has missed weight, and not by close margins. Invicta FC 26 is tomorrow and that means that the weigh-ins were today! And fortunately for Dern, all went according to plan and she weighed in right at 115.

Making weight has been Dern’s biggest challenge so far in her MMA career. It’s very important for her future that she made the limit in this one as Invicta is affiliated with the UFC and UFC Fight Pass. Many fighters have gone to and from Invicta to the UFC and each always have their eyes on the other’s fighters. Dern has been one of those fighters even before her upcoming Invicta debut.

There are few things that Dana White hates more than fighters who miss weight, and it could have been holding Dern back from already being in the UFC so she’s taking steps in the right direction to reach the ultimate goal, win or lose.

Dern takes on the seasoned striker, Kaline Medeiros who is the biggest name opponent Dern has ever faced. Medeiros is coming off a long layoff after a title losing effort against Angela Hill. She will be hungry to get back in the win column and will provide a huge challenge for the young, Dern,

Invicta FC 26 is a loaded night of action for the women, and it features a Flyweight title fight between two of the division’s very best worldwide. Here are the weigh-in results for the rest of the card: