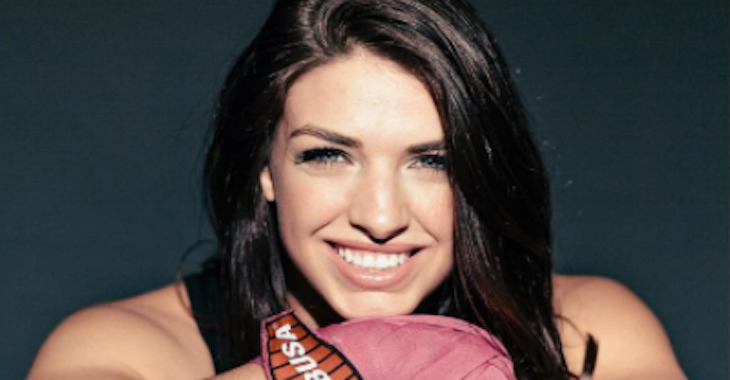 The anticipation was real for Mackenzie Dern’s UFC debut and it showed in the 1,076,000 viewers during her fight.

Brazilian Jiu-Jitsu wizard, Mackenzie Dern has been on many MMA experts’ radars since her transition to MMA in 2016. Dern is an undefeated 6-0 in MMA with that most recent victory coming in that UFC 222 debut last Saturday when she defeated Ashley Yoder by split decision. UFC jitters? No such thing says Dern when speaking on the MMA Hour:

”I swear, it felt so normal. I was so relaxed. I didn’t even hear people [screaming]. I felt Bruce [Buffer] was talking to me, when he was saying my name, but I was just looking at Ashley [Yoder], trying to focus on what I wanted to do. I felt like I was meant to be there. Didn’t feel nervous at all, like UFC jitters. It felt great to be there.

I felt like I was meant to be there. I know that each fight I’m gonna be a better fighter, really enforced like, yeah, this is what I’m meant to do. I made the right decision to stop jiu-jitsu now and focus on this, and I’m excited for the next fight. Hopefully I can be at UFC in Rio [on May 12]. I’m ready to get this black eye away and get back to training.”

For some, Dern’s win left a lot to be desired and it was close enough for people to even think she lost. Criticism is guaranteed for every fighter and towards the end of the fight, Dern almost whipped out a submission with a rear naked choke like she has so many times before. She didn’t get it though and got some flack. Yes, people criticized the multiple time world BJJ champions BJJ skills.

”A lot of people tell me about that, ‘oh, it’s on the chin.’ From all the chokes I do, we have the air choke and we have the blood choke. The air choke is what they defend it putting the chin down. My fight with Mandy Polk at 125, she had her chin down, but with Ashley I could feel I was squeezing on the side, so I felt that she was breathing but I was feeling more that she would pass out then be out of breath, to cut the blood and they fall asleep, you know?”

Dern is clearly a fantastic prospect at 115-pounds and will be one that people will keep an eye whether it be win or lose. And the UFC has already shown that they’re willing to back and support her each step of the way.

Who do you want to see Mackenzie Dern make her sophomore appearance against?