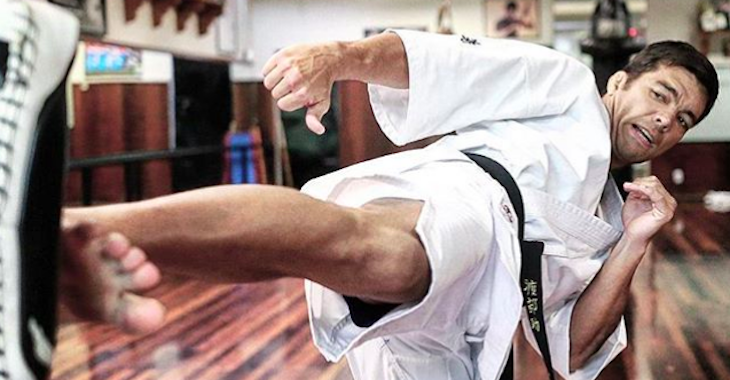 Last night, in the main event of the UFC’s anticipated stop in Belem, Brazil, former UFC light heavyweight champion Lyoto Machida attempted to rebound from a string of stoppage losses opposite dangerous undefeated prospect Eryk Anders. Though Anders certainly didn’t make it easy for him, Machida ultimately earned his first win since December of 2014 with a split decision.

Understandably, many members of the MMA community were very impressed by Machida’s turning away of Father Time. That said, many others felt the decision should have been awarded to Anders.

Here are some of the best reactions to Lyoto Machida’s close defeat of Eryk Anders:

Damn what a close fight. I think the judges go with machida on that. But you never know. I got machida 1 and 5, anders 3and 4. Round 2 is gonna be the deciding factor

Congrats to the Dragon for defying father time, at least one last time. #UFCBelem pic.twitter.com/FVx3jaTYb7

Wait until Eryk learns how to jab… #UFCBelem

49-46? Ah well, close fight even outside of Brazil scoring #UFCBelem

That’s one of the worst decisions in @UFC history. Who would have ever thought a robbery would happen in that #dump they call Brazil?! Go figure. #UFCBelem

Not happy with the outcome but if you leave it in the hands of the judges it is what it is. Congrats to @lyotomachidafw on a hard fought win. I’ll be back soon. Thank you the people of Brazil and my fans for the tremendous love and support.

What did you think of Lyoto Machida’s win over Eryk Anders?