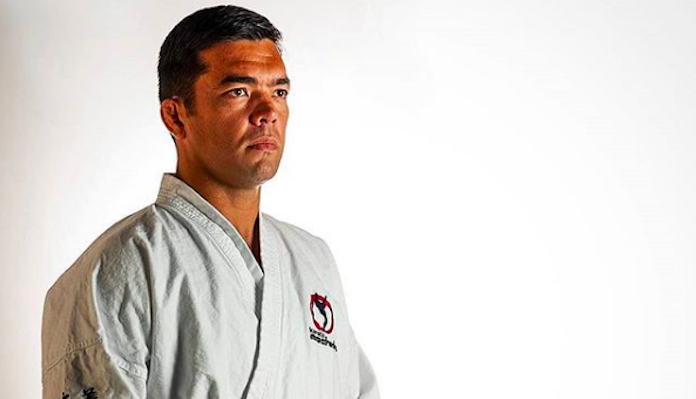 Former UFC light heavyweight champion Lyoto Machida has long been considered one of MMA’s true good guys, and he has once again proven why that’s the case.

It was recently announced that Machida had signed with Bellator MMA. Apparently, the UFC actually matched the offer that Bellator made Machida, but he moved to Bellator anyway because he’d already told the promotion’s decision makers that he would, and he’s a man of his word.

“I went to Bellator and they made me an offer I couldn’t refuse,” Machida said on Ariel Helwani’s MMA Show (transcribed by Adam Guillen Jr. for MMAMania). “Everything was okay. UFC did match everything, but I was keeping my word to Scott Coker an Mike Kogan.”

Needless to say, Lyoto Machida is a stand-up guy — and I’m not just talking about his propensity for highlight reel knockouts. See what I did there?

While the circumstances of Lyoto Machida’s Bellator debut are not yet known, he’s certainly got plenty of interesting options when it comes to potential opponents. In fact, he would seem to have a readily available short-cut to both the Bellator light heavyweight and middleweight titles, as he holds decisive wins over both light heavyweight champ Ryan Bader, and middleweight champ Gegard Mousasi.

Who do you want to see Lyoto Machida fight in his Bellator debut?