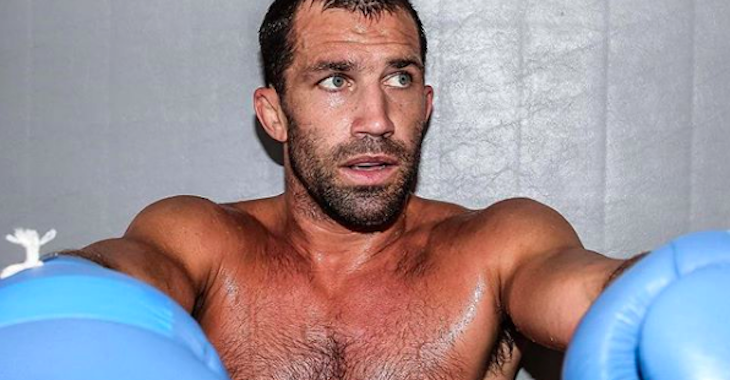 On November 4, in the main event of the absurdly stacked UFC 217, UFC middleweight champion Michael Bisping will defend his title against returning former welterweight champion Georges St-Pierre. The expectation is that the winner of this fight will then battle interim middleweight champion Robert Whittaker to unify the titles. In the opinion of Luke Rockhold, however, that’s just not going to happen.

On Monday’s edition of The MMA Hour, Rockhold shared his worry that, no matter the outcome of UFC 217’s main event, the winner won’t fight Whittaker – or any other top middleweight contenders for that matter.

“I don’t believe Bisping will,” Rockhold said. “He’s ran this far. He’s finally gonna come up and get a payday. Either way, I don’t think either one fights any of us.”

Rockhold, of course, doesn’t think St-Pierre should have been awarded the title shot to begin with.

“GSP, he’s overstepping his boundaries,” he said. “He’s jumping into a world that he’s not ready for. I mean, even if he were to win this fight, he’s unprepared to fight any of us. That’s not gonna happen. It just doesn’t make any sense. And it’s annoying. It’s what we all worked for, is to get to that title. To have that thing held hostage is frustrating. The direction this company is going, just feeding the people this bullshit. I fight to get the title, I fight to be the best. There’s two of them out there and I’m trying to hunt one down. So, obviously Bisping is my first priority. If not, Whittaker is there.”

While Rockhold’s doubts are certainly justified, St-Pierre has previously assured that his new contract will require him to defend the middleweight title if he wins it.

What do you think of these comments from Luke Rockhold?