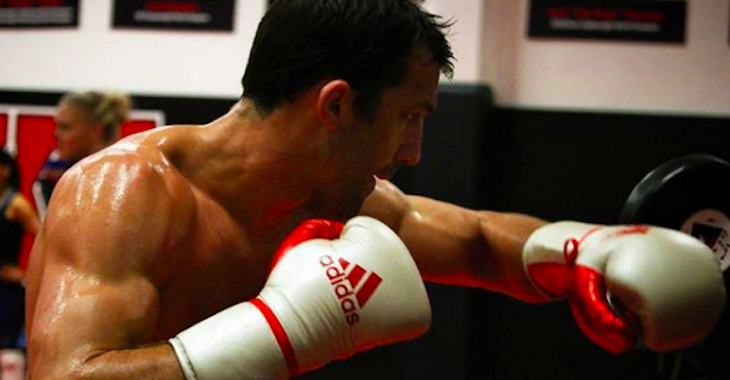 Luke Rockhold is one of the best middleweights on earth. Last Saturday, he reminded the world of this fact, returning from a hiatus of more than a year to stop David Branch with a swarm of second-round ground strikes.

According to former fighter and current UFC on Fox analyst Kenny Florian, however, Rockhold needs to start being a little more careful. Speaking on his podcast with Jon Anik, Florian explained that the blueprint for beating Rockhold was set by Michael Bisping, who knocked him out in June of 2016. The analyst explained that Bisping exposed some flaws in Rockhold’s game that were still visible in his fight with Branch – flaws that could be exploited if he’s not careful.

“If you lost that fight to Michael Bisping, you have to be looking at not the fact that you took him lightly, but the technical errors you made in that fight,” said Florian (via MMAFighting.com). “He’s done this throughout his career and now people are onto it. Michael Bisping has set a blueprint on how to beat Luke Rockhold and he didn’t address the issue.

“[If I’m Rockhold], I’ve got to keep my hands up. If I am hitting that right hook, I’ve got to pivot or do something to make sure I don’t get hit again because he’s moving straight back and he’s a little bit lazy with that lead right hand which is something I used to do so I know all about that. I think he will address it eventually and it will make him a much better fighter.”

Florian also gave his pick for Rockhold’s next opponent:

“I think a fight against Yoel Romero [should be next],” he said. “If everything plays out the way it should, let’s say Michael Bisping goes on to defend the belt, he gets that next shot against Whittaker, then [Rockhold] fights someone like Romero. I think that’s something that might make sense.”

Do you think there are holes in Luke Rockhold’s game that need to be patched up?