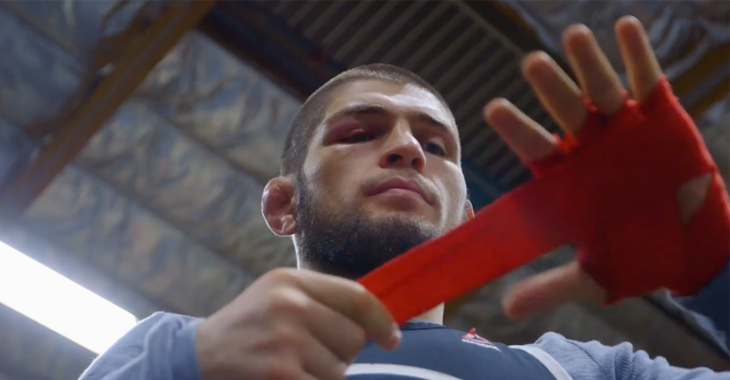 Last night, we learned that top lightweight contender Tony Ferguson would be fighting Kevin Lee – not the undefeated Khabib Nurmagomedov – for the UFC interim lightweight title at UFC 216 this October 7. Unsurprisingly, this news was not particularly well received by Nurmagomedov’s team.

“This morning we learned that Kevin Lee will fight for the interim belt with Tony Ferguson,” he wrote (translation via RT.com) “Second [ranked] fights with number seven, and this is from Dana White! Why not the number one with the third or the fourth one, fifth or the sixth? That is because that is the way [they] want it and it’s interesting, but [it’s] very doubtful dear fans from all around the world. Now about the dates October [7)]to November 4, [it’s] less than a month, it obviously doesn’t work [for them]. [They] can wait for a half a year but here less than a month [they] can’t, amazing but [that’s] a fact. We all witnessed how Alvarez with [just] two controversial victories fought for the belt.”

“Now let’s compare Khabib-Barboza fight, is it possible? [It’s] intriguing yes. But the test that we go through no one else does. This makes us stronger and more responsible for you our dear fans. Wherever we would be, in this country or abroad, we never forget about the training for the fight. There are fans who would want to see Khabib three times a year, but I think that two is enough. Once a year is too little, I agree. Time is the best judge of all the things that happen we hope for the Almighty. Sincerely yours, A. Nurmagomedov.”

Do you think Khabib Nurmagomedov deserves to fight for the interim lightweight title over Kevin Lee?