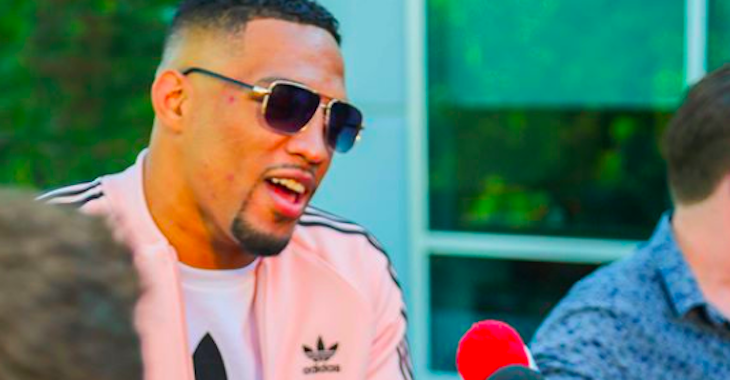 Kevin Lee’s UFC 216 opponent is the streaking Tony Ferguson. While Ferguson is surely at the forefront of his focus, he’s also still finding opportunities to share his opinions on the lightweight division’s other top players. One the latest lightweights to find himself in Lee’s crosshairs was Dagestan’s Khabib Nurmagomedov.

Lee went off on Nurmagomedov at a UFC 216 media luncheon earlier this week, accusing him of avoiding tough fights to protect is undefeated 24-0 record.

“He’s got a whole country behind him,” Lee continued. “He’s got all of Russia. The man don’t even have to fight and somehow he’s still keeping himself in the media.” While Lee isn’t exactly a Khabib Nurmagomedov fan, he’s still like to fight him. In fact, he’d be willing to fight the Russian a little less than two months after his fight with Ferguson. Then, he’d set his sights on Conor McGregor.

Lee broke down his plan:

“I said I’d take [Nurmagomedov] on in December, Dec. 2, but I don’t know,” Lee said. “Now Conor’s saying that saying he might come back earlier, so, we’ll see. We’ll see how this one shakes up after. I’m interested in that, I’m interested in taking on Tony, and then fighting Khabib in December, and then defending the title against Conor, but we’ll see how things shake out.”

How do you think a fight between Kevin Lee and Khabib Nurmagomedov would go?