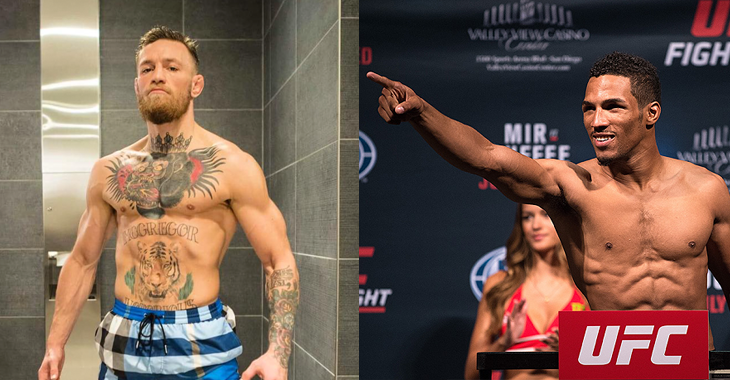 There is no doubt that fighting Conor McGregor is the golden ticket in the UFC, especially if you can beat the Irishman.

However, Kevin Lee is playing his cards in an interesting way saying that if he wins the interim title fight against Tony Ferguson at UFC 216, “The Notorious” will have to “prove” to him that he is ready for the title unification challenge.

“I think it already is for the real championship,” Lee said of his UFC 216 fight with Tony Ferguson at the UFC 216 media event (via Dave Doyle for MMA Fighting).

“As far as I’m concerned the man has lost three of his last four fights,” Lee said of McGregor, who holds the undisputed UFC lightweight title. “I don’t even think beat Nate Diaz the second time. I like a big challenge, so he’s gotta show me a little bit. He’s a small dude, too, he’s 145. He was getting out-wrestled by a dude who’s 40 years old and a boxer. He was getting him in the clinches and out-wrestling him. I mean, he was, he’s gotta show a little bit more than that to me.

“So after this one, maybe I might give him a shot at the title,” Lee continued. “Maybe, I don’t know. We’ll see how he kind of reacts. Maybe he should fight Nate again and prove that he can fight me.”

Lee said he is doing the real work in the lightweight division by taking on Ferguson, who is on a nine-fight winning streak. Interestingly, Lee said no other contenders in the division were open to meeting “El Cucuy” in the Octagon except for him.

Do you think Kevin Lee takes the UFC 216 interim title fight against Tony Ferguson this weekend? Let’s discuss this in the comment section!