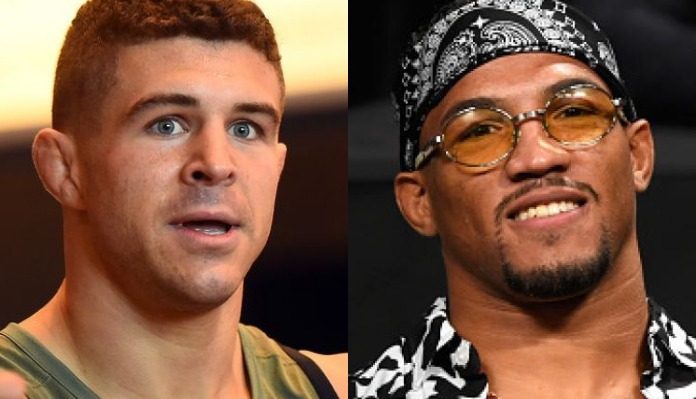 “The 155 pound and 170 pound [divisions] are so messed up right now,” Lee said in a recent interview with The Straits Times. “You’ve got three titles between the two divisions already, so they’ve got to add another weight class.

”I think me and Georges for the 165lb title makes the most amount of sense. You do Conor [McGregor] and Khabib [Nurmagomedov] in October, you do me and Georges in November, at Madison Square Garden.

”And maybe you do Tyron [Woodley] and Colby [Covington] to figure out the [175 pound] division.”

While many members of the MMA community seemed to be receptive of Kevin Lee’s proposal, Lee’s fellow lightweight contender Al Iaquinta is not. Iaquinta mocked Lee on Twitter after hearing his hopes for a 165 pound weight class.

Can’t make 155 so instead of jumping in the 170 pool GUY thinks he deserves his own weight class and belt HA HA HA https://t.co/T9x3iHSJk1

“Can’t make 155 so instead of jumping in the 170 pool GUY thinks he deserves his own weight class and belt HA HA HA,” Iaquinta said of Kevin Lee.

Needless to say, Iaquinta is not on board with Lee’s plan.

Would be interested in seeing the UFC create a 165 pound and 175 pound division in place of its traditional 170 pound division? Join the conversation in the comments section below.