In a world where submission only grappling has finally rose to prominence over the last couple of years, there are no shortage of tournaments for players of all ground games to showcase their skills. The Eddie Bravo Invitational, Polaris, and Metamoris are just three organizations that are aiming a spotlight on grapplers, complete with production values and belts to raise above their heads. MMA legend Kazushi Sakuraba is partnering with former UFC heavyweight champion and Josh Barnett to bring a new storm to the atmosphere with their innovative new promotion called Quintet.

“Honestly, I enjoy competing. And if I’m having a great time, it’ll be fun for the audience too. In a regular bout, you’ve got one match and it’s over. But we’ve got attrition-style bouts, called ‘kachi-nuki’. If you win, you keep on fighting, maybe winning two or three times. That right there is what will make it fun to watch. It’ll be a heck of a challenge, but that much more exciting.” — Kazushi Sakuraba 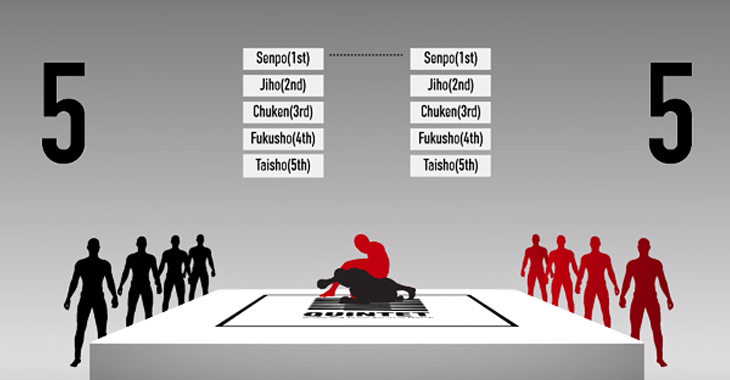 “I think [Quintet] wants to be itself. It wants to be a new face in this landscape of martial arts. This is about showcasing grappling, but also showing the importance of teams. Each individual is not just require to think about whet there win means for themselves, but how that will affect the team. It incorporates a lot of strategy outside of just a single match that makes it very interesting.” — Josh Barnett

The tournament adds the concept of teams facing each other in a five-on-five bracket. Quintet will be conducting matches in which the winner remains and keeps fighting until defeated. This is a stipulation that makes it unlike any sub-only grappling tournament around. Not only will grapplers gravitate toward the refreshing idea to challenge themselves in new ways, but the chance to compete for a promotion connected with names like Sakuraba and Barnett is something not a lot of people would pass up.