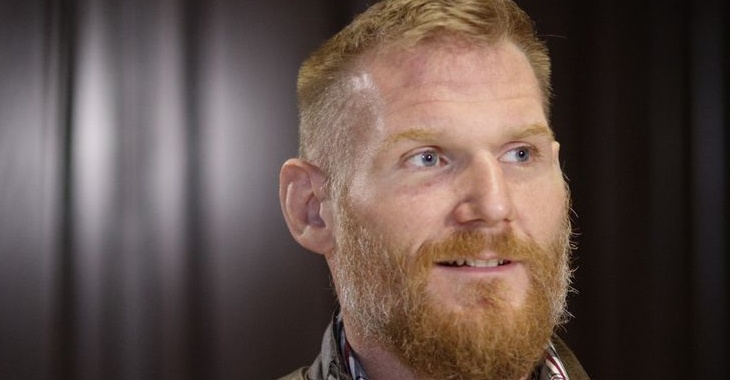 Ever since the UFC has brought in USADA to handle their drug testing and help “clean up the sport”, we’ve seen several big stars get busted for performance-enhancing drug use. One of the victims happened to be a former UFC heavyweight champion, Josh Barnett who failed a test after his win over Andrei Arlovski in 2016. Barnett hasn’t fought since then and very likely won’t be anytime soon. “The Warmaster” gave us an update when he spoke with MMAJunkie recently:

“I end up no matter what at the mercy of USADA and to be honest, I don’t trust them in any way, shape or form. I have no interest to work with them or be a part of their program. I would be willing to do anything else but work with USADA at this point. When you can’t trust someone, what are you supposed to do? Continue to give them the opportunity to break your trust? They don’t seem responsible enough to have oversight over my career.

I’m not against the idea and the spirit of USADA, or what an independent drug testing program is for – not at all,” Barnett said. “I don’t have an issue with any of these things, and even though I took a supplement that was tainted, I’m OK with having to go through the process to test the supplements. I’m totally fine with that. The only thing I protest to is being hammered after the fact, after finding that I am innocent of any wrongdoing, and instead of moving on and considering the time spent researching and finding the data and appealing my case as enough – the extra efforts to come after me, that’s where I draw the line.

I think I’m the first fighter to go full on, indepedent, Olympic-level random testing when I fought Travis Browne (at UFC 168), which I didn’t have any problem doing,” he said. “But USADA hasn’t been nearly as easy to deal with. It’s very frustrating, because I understand the intent of the program. But this doesn’t feel like anything having to do with the intent of the program. This feels like something else, and that’s the trouble. I feel like this isn’t anything about fighter safety or sanctity of sport. This is more about using a witch hunt on a personal level. Maybe punishing people, to them, represents effectiveness (rather) than being about athlete safety and finding issue with tainted supplements.

I’m not done fighting, I’d still like to compete. But I want to train and compete and have a reasonable and understandable process to the whole thing.”

This wasn’t Barnett’s first time being caught for PED use. Prior to this recent failed test, he had failed three separate times in his career. One of which resulted in his stripping of the UFC heavyweight title as well as his departure from the UFC. Barnett still holds the record for youngest UFC heavyweight champion of all time(age 24).

Since returning to the UFC in 2013, Barnett has alternated wins and losses going 3-2. Barnett is currently 40-years-old, will he ever fight again?