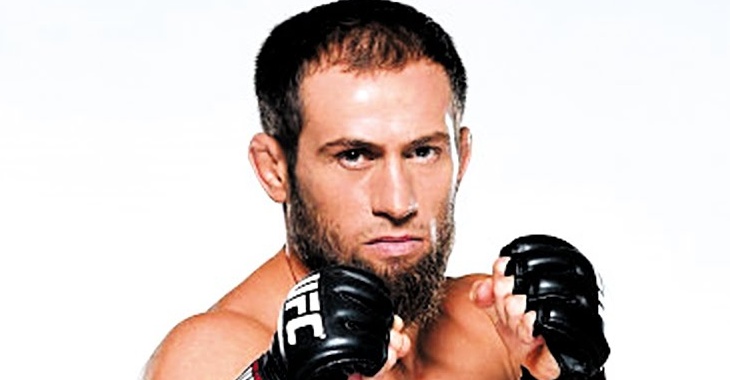 One of the lightweight division’s biggest dark horses has finally found someone who will fight him. It’s not the top 15 opponent that Mairbek Taisumov was hoping for, but that’s not his fault. As reported by Farah Hannoun, Evan Dunham is up to the task and the fight is expected to happen at UFC 223 on April 7.

Rumors were floating around that Taisumov was possibly going to be taking on former UFC and WEC lightweight champion, Anthony Pettis at UFC’s next London event. That is now looking to obviously not be the case.

Taisumov last fought at UFC Fight Night 115 in September when he defeated Felipe Silva by knockout in just a minute and twenty-four seconds to extend his win streak to five(all KO/TKOs). Taisumov has been asking for a top opponent several fights ago, which really shows the confidence he has. Evan Dunham is no longer currently ranked in the UFC’s lightweight top 15 but he’s the next best thing and Taisumov’s biggest name opponent to date.

Dunham last fought at UFC 216 when he fought Beneil Dariush to a draw in a great back and forth battle, thus making Dunham 4-0-1 in his last five fights.

The fight should be a very fun clash of styles and a tough one for Taisumov as he’s one of the division’s most durable fighters and Taisumov is quite the knockout artist. When outlasted to a decision, Taisumov is 1-3. Then when it comes to his fights ending in finishes he’s 26-2(sixteen knockouts, ten submission wins and one loss a piece by submission and knockout). Dunham has only been knocked out twice in his twenty-five fight career.