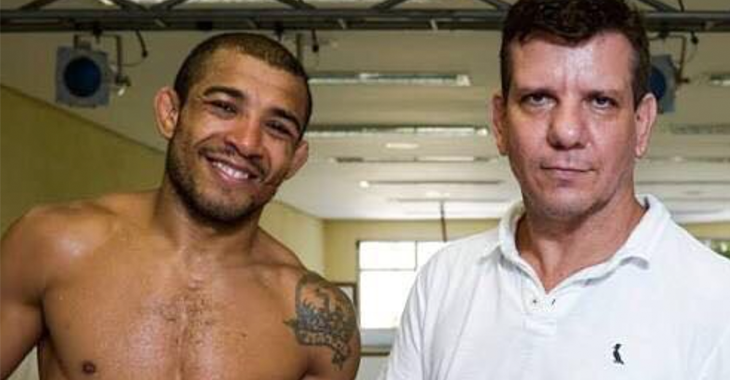 Former UFC featherweight champion Jose Aldo’s next competition will interestingly not be in the UFC as “Scarface” is set to compete next weekend.

According to the International Brazilian Jiu-Jitsu Federation, Aldo will be competing in their jiu-jitsu tournament, which takes place July 28-30.

IBJJF posted a photo of Aldo and said the following in their caption:

Aldo is a Nova Uniao black belt under Andre Pederneiras, who is still his head coach. Aldo has not competed in a jiu-jitsu competition for over 10 years. However, “Scarface” has two notable grappling wins over Rubens Charles “Cobrinha” back when Aldo was a brown belt in 2004.

Jose Aldo holds a 26-3 professional mixed martial arts record with his first pro fight taking place in 2004. Aldo rose to stardom as the WEC featherweight champion and was crowned the first UFC featherweight champion. Aldo’s long reign as champion came to an abrupt end when he faced Conor McGregor at UFC 194 losing in 13 seconds by KO. Following the devastating loss to McGregor, Aldo won the UFC featherweight interim belt against Frankie Edgar at UFC 200 and was once again crowned the undisputed champion after McGregor won the UFC lightweight belt and relinquished the featherweight title. Aldo then fought and lost by TKO to Max Holloway at UFC 212 in June. After the loss to Holloway, Aldo sent a message to his fans stating that he will be back.