UFC light heavyweight champion Jon Jones is playing a Twitter post and delete game as he attempts to bait Francis Ngannou into a fight.

Jon Jones’ reign as the 205-pound king has been put into question since his last fight against Dominick Reyes at UFC 247. Jones won the fight by decision, but many spectators felt “The Devastator” gave the stronger performance.

“Bones” is ready to put any doubt to rest and affirm his “G.O.A.T” status by facing fresh meat like Jan Blachowicz or even Francis Ngannou at heavyweight.

Recently, the 32-year old champion has doubled down on a clash against the heavyweight contender. Earlier this month, Jones confirmed he is willing to move up to a weight class to face the Cameroonian in a superfight and that he is waiting on UFC president Dana White to “send the deal.”

Ngannou’s future remains in limbo after securing four consecutive KO wins. Earlier this month at UFC 249, he finished Jairzinho Rozenstruik by knock out in 20 seconds and delivered the heavyweight the first loss of his professional MMA career.

Jones is known for tweeting and deleting controversial comments. In his latest dig at Ngannou, he claimed that he previously gave the heavyweight his autograph.

“I signed my autograph in the palm of Francis left hand, he was so happy that day,” said Jon Jones on Twitter. 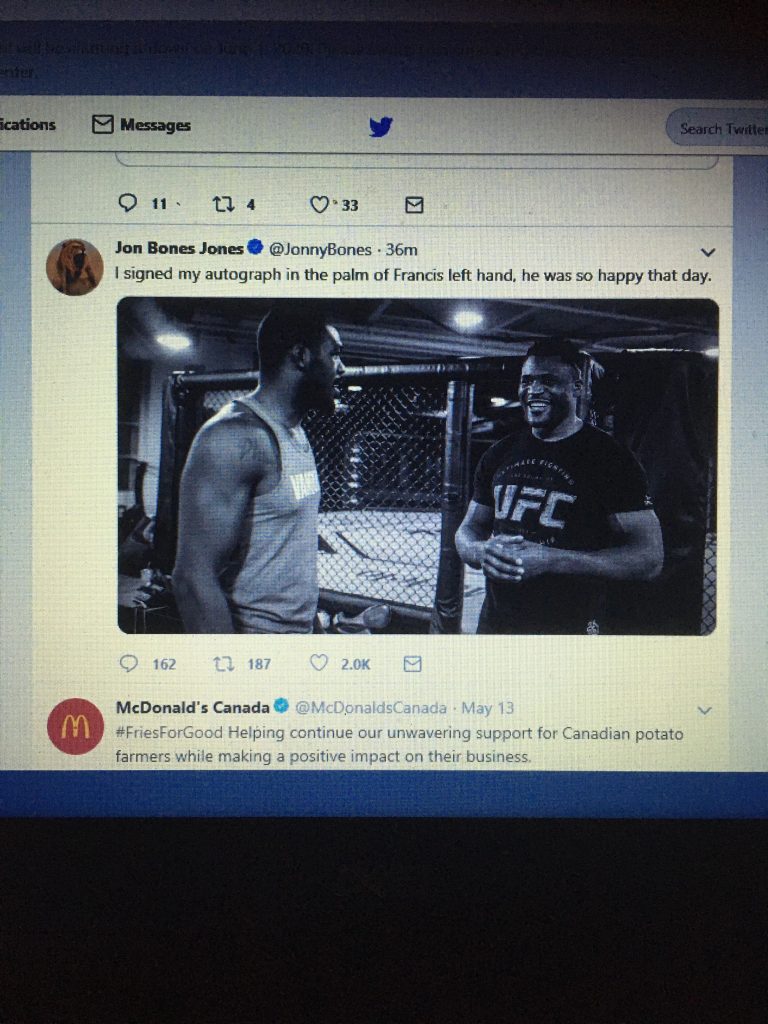 Whilst UFC President Dana White has no doubt the potential matchup would be a blockbuster fight, he is not convinced that the athletes really want to fight each other.

“Yeah, I mean anything is possible,” Dana White responded when asked about the potential matchup. “I mean I don’t know if those guys really want that fight. You know what I mean? But let me tell you this, and I’m not saying that this is the case with these two. But, you see a lot of talk online and whatever in my opinion. But actually making fight is a whole other ball game.”

The UFC president has also shown interest in organizing a rematch between Jon Jones and Dominick Reyes. Who would you prefer to see the light heavyweight champion fight next?