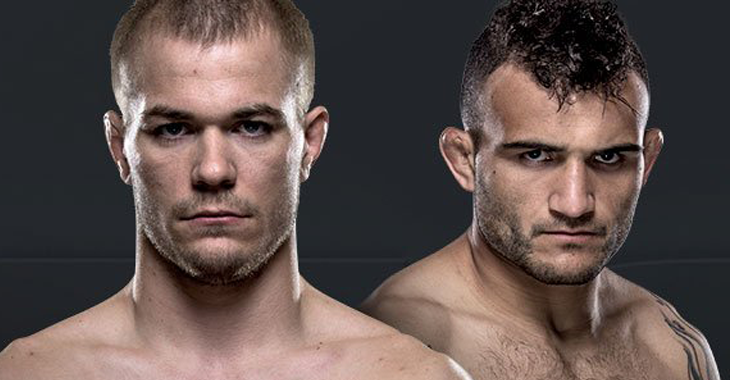 The UFC announced an exciting bantamweight matchup that is bound to be a war as John Lineker is set to take on Michael McDonald at UFC Fight Night 91.

The fight takes place on July 13 at the Denny Sanford Premier Center in Sioux Falls, South Dakota. McDonald vs. Lineker will be featured as the co-main event ahead of the headliner that will feature Tony Ferguson and Michael Chiesa.

McDonald is coming off a “Performance of the Night” submission over Masanori Kanehara at UFC 195 after not having fought for over two years.

Lineker has been active and just fought this past weekend, taking a unanimous decision win over Rob Font at UFC 198 taking his win streak up to four fights in a row.

Who are you picking in the fight between John Lineker vs. Michael McDonald? Share your pick with us in the comment section!