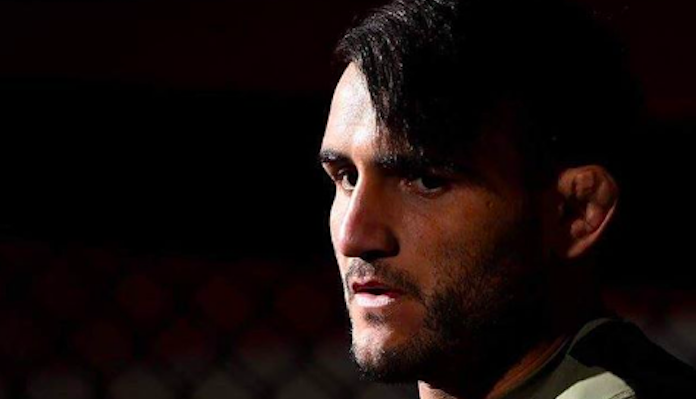 UFC bantamweight contender John Lineker wants a fight. Unfortunately, he’s having a hard time finding a willing dance partner. In fact, Lineker is getting so desperate for a fight that he recently offered to step in against towering featherweight contender Zabit Magomedsharipov at UFC 228 — though this idea was shut down by the UFC.

Still without an opponent for his next bout, Lineker recently took to Twitter to put his fellow bantamweight contenders on blast. He also joked that if nobody agrees to fight him, he might just move up two weight classes to the lightweight division.

“ Everyone just waiting? Whats the matter with these guys? @DominickCruz ? @RaphaAssuncao ? @MMARLONMORAES ? Anybody else home? Do I have to go to 155 to have some fun?

“Everyone just waiting? Whats the matter with these guys? [Dominick Cruz]?  [Rafael Assuncao]? [Marlon Moraes]? Anybody else home? Do I have to go to 155 to have some fun?”

While it’s understandable why John Lineker is interested in fights with Dominick Cruz, Rafael Assuncao, and Marlon Moraes, it’s also understandable why these fighters are currently holding out. All three adamantly believe that they deserve the next crack at UFC bantamweight champion TJ Dillashaw, and are probably not willing to accept anything else until they’re sure they’re not getting the title shot.

Who do you want to see John Lineker fight next?