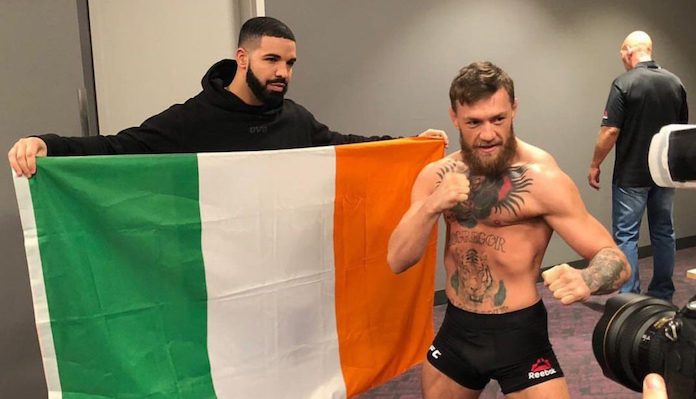 It’s getting harder and harder to deny the legitimacy of the Drake Curse. When Drake meets an athlete, it seems like that athlete almost always loses immediately thereafter.

One MMA coach is taking action to ensure his fighters go unaffected by the rapper’s witchcraft. After a photo of Drake and former boxing heavyweight champion Anthony Joshua surfaced online, John Kavanagh, head coach of SBG Ireland and Conor McGregor, sent out a pretty fair warning to the artist.

If drake ever tries visit my gym he's getting roundhoused pic.twitter.com/F0brI34Ovo

“If Drake ever tries to visit my gym he’s getting roundhoused,” Kavanagh wrote on Twitter.

The tweet comes after Anthony Joshua was defeated by Andy Ruiz this past Saturday in a major upset, which saw Ruiz become the new heavyweight champion. Prior to the fight, Joshua met Drake back in March. He shared of a photo of himself with the Canadian rapper with the caption “bout to break the curse”. But not even he could combat the rapper’s sorcery.

A video even went viral of a previous interview that Joshua did on The Michael Kay Show on ESPN New York, before the fight with Ruiz where he discussed the potential “Drake Curse” and he mentioned the photo pictured above.

Anthony Joshua interview from a few weeks ago …BRO I HATE DRAKE !!! DAMN IT pic.twitter.com/fqtOb5ygLq

The irony with John Kavanagh’s statement is that his star fighter, Conor McGregor, has twice been associated with Drake and both times, McGregor has lost. Prior to his boxing match with Floyd Mayweather, Drake came on stage when the two fighters had a press conference in Toronto, where Drake is from.

The second time McGregor was associated with Drake is when he brought him on stage during the ceremonial weigh-ins for UFC 229 when he faced Khabib Nurmagomedov.

Conor McGregor would end up losing that fight to Nurmagomedov by fourth-round submission.

John Kavanagh wasn’t the only one to take aim at Drake and the talked about this infamous curse. Boxing promoter Lou DiBella also joined in and mentioned that there would be a clause in his fighters’ contracts specifying that Drake wasn’t allowed near them.

None of my fighters can go near @Drake. Writing it into my bout agreements. #boxing https://t.co/cppx0UvBjO

So, how about it? Do you think this curse is real?