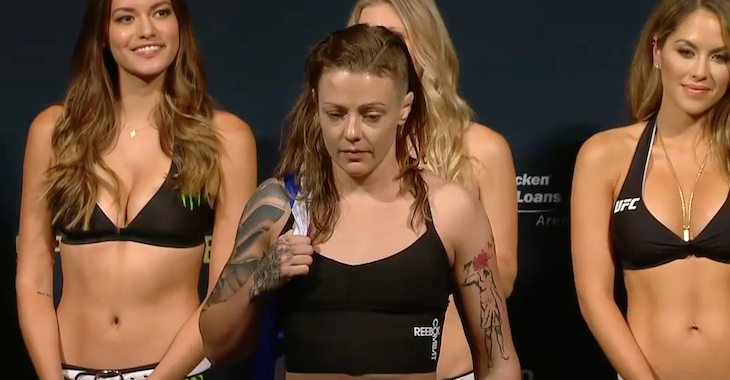 “Jo Jo” was able to secure a tight triangle choke on her opponent Kalindra Faria late in round one.

From there, Joanne Calderwood would transition to an armbar which forced Faria to tapout.

“Please, just anyone, line them up for me! One before the end of the year!” – said Calderwood in her post-fight interview.

JOJO 2.0!!@DrKneevil transitions from a triangle to an arm bar and gets the tap with seconds left in round 1!! She gets her FIRST submission victory at #UFCLincoln! pic.twitter.com/a0hCiHfcTF

Who would you like to see Joanne Calderwood fight next? Sound off PENN Nation!