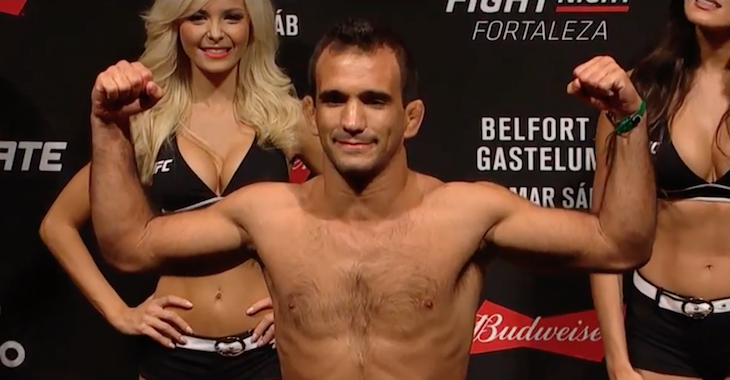 The Brazilian submission specialist, Yahya, was able to stun his opponent Luke Sanders with a strike early on in the opening round.

From there, Yahya would get the fight to the ground where he sunk in a deep heel hook which forced the finish.

Following his slick submission victory, Rani Yahya called out current UFC bantamweight champion TJ Dillashaw. As a back up plan, Yahya conceded that he would settle for a number one contender.