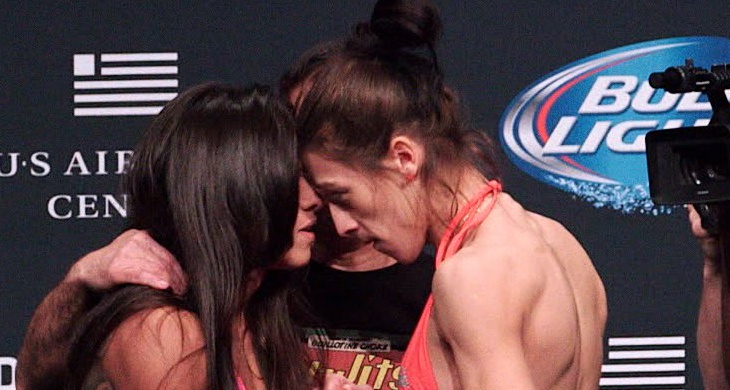 Undefeated UFC women’s strawweight champion Joanna Jedrzejczyk (11-0 MMA) will return to the octagon this July when she rematches bitter rival Claudia Gadelha (13-1 MMA) in the main event of The Ultimate Fighter 23 Finale.

The pair initially met in December of 2014, with Joanna earning a razor close split-decision victory over the Brazilian standout.

Jedrzejczyk is excited to get back in the octagon with Gadelha, who she claims looks much ‘smaller’ then when they first encountered at UFC on FOX 13. Her words via Brazilian news outlet Globo:

“A lot of fighters are getting smaller since USADA started working with the UFC. She’s (Claudia) smaller than she was last year. You can see that in her fight against Jessica Aguilar, for example.”

Do you believe Joanna is on to something here? Does Claudia look a lot smaller now compared to her first fight with Jedrzejczyk? Sound off PENN Nation!