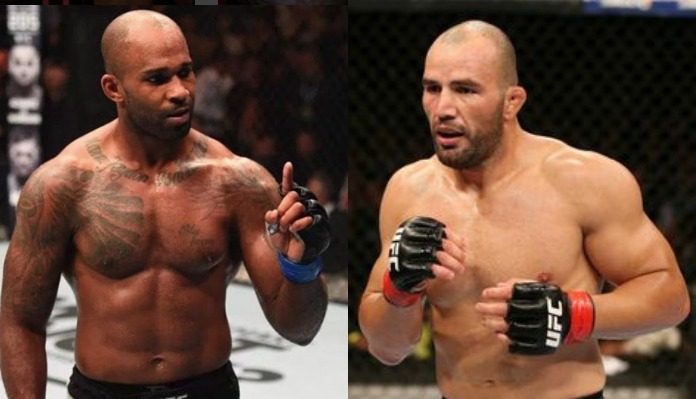 This bout was announced by UFC Brazil on Twitter.

This bout will mark Jimi Manuwa’s opportunity to rebound from back-to-back losses: a first round knockout at the hands of Volkan Oezdemir, and a close decision defeat courtesy of Jan Blachowicz. These losses were preceded by beautiful knockouts of top contenders Corey Anderson and Ovince Saint Preux. Jimi Manuwa is currently 17-4 overall.

Glover Teixeira, meanwhile, will look to rebound from a decision loss to Corey Anderson, which co-headlined UFC Hamburg late last month. This loss was preceded by a stoppage defeat of Misha Cirkunov, and a knockout loss to Alexander Gustafsson. A former UFC light heavyweight title challenger, Teixeira is a strong 27-7 overall.

UFC Sao Paulo will also feature a number of other exciting fights. Highlights of this surprisingly stacked Fight Night card include a welterweight bout between Neil Magny and Alex “Cowboy” Oliveira, a light heavyweight fight between Antonio Rogerio Nogueira and Sam Alvey, a women’s bantamweight bout between Ketlen Vieira and Tony a Evinger, a middleweight bout between Elias Theodorou and Antonio Carlos Jr., and lots more.