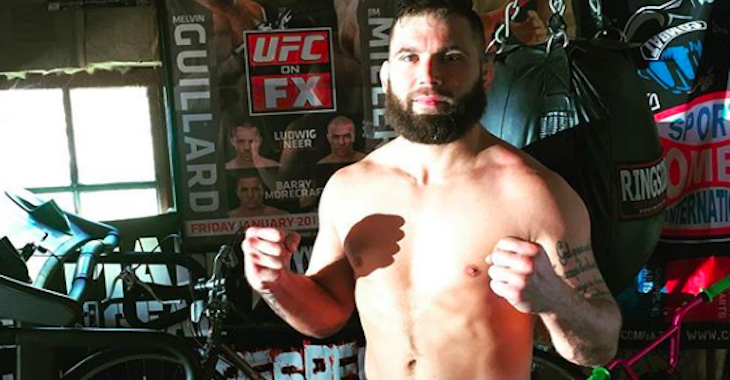 Over the weekend, on the main card of UFC 215, long-time featherweight contender Jeremy Stephens picked up one of the best wins of his career, blasting former Strikeforce lightweight champ Gilbert Melendez to a lopsided, unanimous decision win.

With this win, Stephens set himself up for more big fights inside the talent-rich UFC featherweight division. His main priority, however, is a pay increase.

“My kids are growing, and I want the best for them and the best for me and to set them up in the future,” Stephens told MMAjunkie.com after his win over Melendez. “I’m just now starting to make good money in this sport, and it’s been a long time.”

“I feel like I should be making a (expletive) more money, especially since I just beat a guy who makes probably double what I do.”

“I’m definitely going to be begging for some more money and putting on these performances (so) I can retire nice,” he concluded. “I definitely want to retire and do some FOX analysis (work). But right now I’m a fighter, and I want to make as much money as I can.”

Stephens then discussed a possible scrap with former UFC featherweight king Jose Aldo, one of the consensus best fighters ever. Apparently, this is a fight Stephens would love, though he’s not willing to accept Aldo’s desired UFC 217 date in November, as he already pushed back his wedding to fight Melendez.

“I would love that fight, but November, it’s a little tight on my schedule, and I can’t push two things back,” Stephens said. “So December or January, something like that – that would be something I’d definitely look forward to. He’s a banger and a class act.”

“I think me and him could get it on and give the fans a great showing. But I just can’t do November. I can’t keep pushing things back.”

Do you want to see Jeremy Stephens and Jose Aldo fight? Who do you think would win?