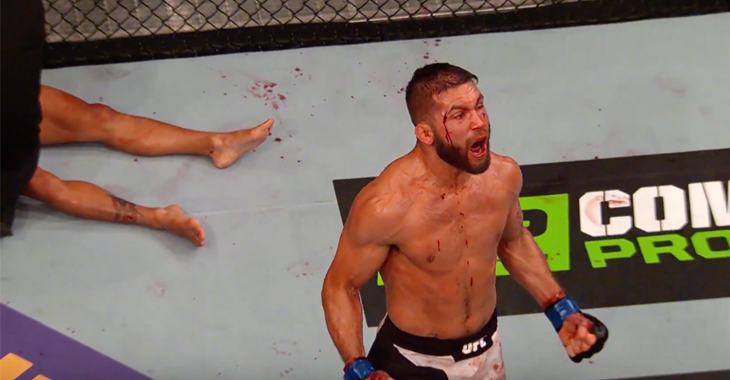 “Lil Heathen” spoke to MMAJunkie about his gameplan for the fight with Barao. Here is what Stephens had to say:

“The mindset is ‘kill mode,’” Stephens said. “The advantage I have over Barao is that my mindset is better. I’m in a much better place than he is. He’s coming off two knockout losses, and he’s fighting a knockout artist. He’s got a lot of stuff that he has to deal with mentally.

“As compared to me, I have a great ‘kill mode’ gameplan, and it’s just going to be ‘beast mode.’ I’m feeling comfortable and this is in my ballpark. If people doubt and feel like I’m the underdog, which I am in this fight, it’s just going to make the win that much sweeter.”

Who do you have winning tonight’s co-main event fight? Sound off Penn Nation!