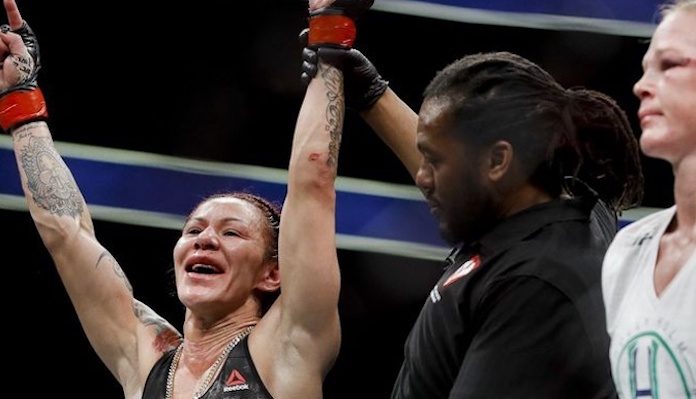 “The person who is going to beat Cris Cyborg is Cris Cyborg, or [she retires],” Parillo told MMAJunkie this week. “Time catches up to all of us. But for the most part, Cris Cyborg, I don’t see it. Amanda Nunes, she doesn’t have a – she has a good style. She’s a good fighter with the way she took out Ronda [Rousey], but she’s got a style that’s absolutely perfect for Cris. Cris is going to fight her fight and go out there and do what she does and get it done.”

Parillo went on to share his belief that Cyborg might have already bested the toughest stylistic test of her career in former women’s bantamweight champ Holly Holm.

“The style that I knew would always pose the biggest threat for Cris is something like a Holly Holm,” he said. “I knew Holly Holm was the toughest fighter out there. Still, to date, I don’t see anyone else out there that’s tougher for her than Holly Holm.”

Whatever the case, Parillo says he loves this possible Cyborg vs. Nunes matchup, as it’ll put Cyborg in the spotlight in the way she deserves.

“I love it,” he said. “Amanda Nunes, she obviously is a world champion. She’s the one who actually called Cris out to begin with, from what I understand. I like it. I love it. Any fight that can draw a lot of attention for Cris, I like. She deserves to be recognized around the world. She is obviously one of the most dominating fighters – not just female – out there. Realistically the bigger names, the bigger attraction. I would love to see a fight with her and Amanda.”

How do you think Cris Cyborg matches up with Amanda Nunes?