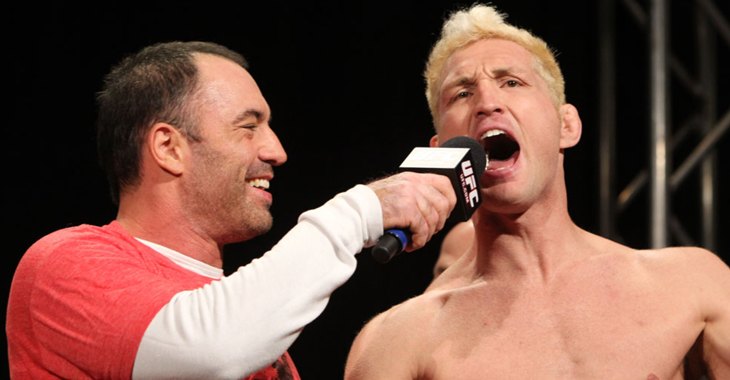 Jason “Mayhem” Miller has had a string of big incidents with the police. His latest arrest was on March 15th after allegedly vandalizing a tattoo shop with anti-police graffiti on the building’s exterior.

“Mayhem” spoke with OC Weekly about his history with the law and interestingly still has not been found guilty on any of the five cases in the courts pending against him.

“I understand human nature,” Miller told the Weekly less than a day after being released from the Orange County Jail on $200,000 bail after spending 5 days in custody. “If you read the newspapers, you probably think I’m just an idiot and that I’m some kind of evil person because all you get is this one-sided story from the cops.”

“If there’s a public perception that you’re a bad guy, it snowballs,” he explains. “Suddenly, you’re always fighting the cops off you. You’re getting stalked by the police. They’re waiting outside your house. I’m not kidding. . . . Every time they run into me, they find a reason to charge me with some kind of crime. . . . It’s ridiculous.”

Miller says he wants to call a truce with the authorities, but will not give up his constitutional rights in doing so.

“I’m not afraid of the cops,” Miller declares. “My dad fought for the values of this country and my mom was also in the army. The Millers have been fighting for this country since before it was America. I know my history, and I know my rights. So, every time the cops come and harass me, I just tell them in no uncertain terms go fuck yourselves. And they don’t like that. I don’t like to live in a society where everybody comes up to me and says, ‘Oh, you should be thankful they didn’t shoot you.’ That’s fundamentally wrong. We shouldn’t be living in fear of the police.”

According to the Weekly, “Mayhem” is still set to fight Luke Barnatt on May 21. Miller was scheduled to fight Barnatt in Milan for the Venator middleweight championship but will have to see if his trials derail his fight plans.

“The justice system isn’t perfect, especially where there’s the element of celebrity,” he says. “But I want a fair trial. If I don’t get one, it’s a gross miscarriage of justice.”