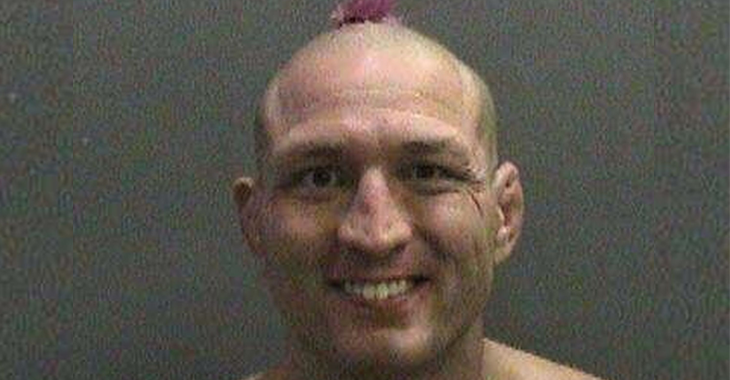 Jason “Mayhem” Miller has been buzzing in the media this week.

It was recently announced that “Mayhem” would be returning to fighting after a nearly four-year hiatus from the sport. However, more news involving Miller has surfaced, and it isn’t good news.

It looks like “Mayhem” might have been celebrating his fight a bit early as Orange County public arrest records indicate that Miller was arrested on Feb. 7 in Irvine, California for suspicion of driving under the influence.

TMZ reports that cops called for backup when they found out Miller’s previous arrest records.

Our sources say there were roughly 15 cops on scene and a K9 unit to provide assistance.

When the gang arrived to the scene, we’re told Miller had “obvious signs of intoxication” — and then bombed several field sobriety tests.

He was arrested on suspicion of DUI and hauled to a nearby jail.

We’re told Miller was mouthy with cops during the incident … but didn’t get violent this time — which is a step in the right direction considering his past.

Jason “Mayhem” Miller is scheduled to fight Venator middleweight champion Luke Barnatt at Venator FC 3 on May 21 in Italy.

Fans of Miller known as the “Mayhem Monkeys” must be wondering if one of the most colorful characters in MMA is taking his comeback seriously with news of his recent arrest.

What are your thoughts on Miller’s arrest and the interesting news of his comeback to fighting? Share your opinion with us by leaving a comment!