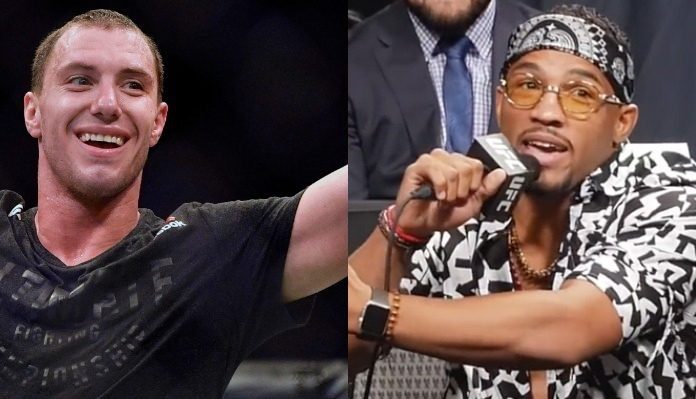 James Vick, who will battle Justin Gaethje in the UFC Lincoln main even on August 25, has been calling for a fight with Kevin Lee for a long time. Unfortunately for Vick, the fight has never come together.

According to Vick, that’s because Lee has repeatedly turned the bout down. He says he’s even got the text messages with UFC matchmakers Joe Silva and Sean Shelby to prove it.

Vick went off on Lee, who recently called for a fight with Al Iaquinta, on a recent episode of Submission Radio.

Do you think we’ll ever see Kevin Lee and James Vick fight?