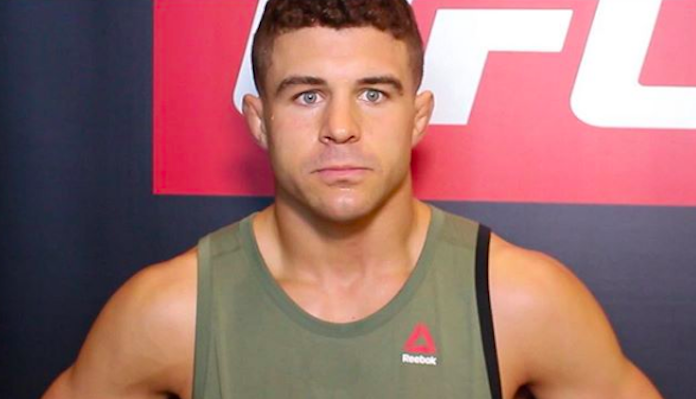 Kevin Lee is one of the top contenders in the UFC lightweight division. Unfortunately, “The Motown Phenom” remains largely overshadowed by his peers Khabib Nurmagomedov, Conor McGregor, Tony Ferguson and Dustin Poirier.

Perhaps sensing that a title shot is not quite within his reach, Kevin Lee recently made a clever callout of fan favorite lightweight contender Al Iaquinta.

Apparently, however, Iaquinta isn’t much of a Kevin Lee fan. While he says he’s up for fighting Lee at UFC 230 in November in New York City, he says he’ll fight him no sooner. So if this is a fight Lee wants this fight, he’ll have to wait.

“Kevin Lee is a dweeeb, doesn’t make weight, doesn’t deserve a title shot,” Iaquinta said on Twitter. “Scared to bump up to his natural weight class of 170. I’ll fight him no earlier than [Madison Square Garden], he’s a bird and I do what I want. He’s UFC kiss ass sissy bag.”

Kevin Lee is a dweeeb, doesn’t make weight, doesn’t deserve a title shot.. scared to bump up to his natural weight class of 170… I’ll fight him no earlier than msg he’s a bird and i do what i want. He’s ufc kiss ass sissy bag https://t.co/Uz6cCYm70E

Interestingly,Iaquinta also seemed to hint at a showdown with Lee when the UFC touches down in Beijing on November 24.

“Beijing CHINA vs a guy named LEE,” He said in a Tweet.

Kevin Lee last fought in April, when he wrecked Edson Barboza in the main event of the UFC’s return to Atlantic City. This win separated him from a submission loss in an interim lightweight title fight with Tony Ferguson. Lee is a strong 17-3 overall.

Al Iaquinta, meanwhile, last fought in April, when he stepped in on short notice to battle Khabib Nurmagomedov for the vacant UFC lightweight title. Iaquinta lost this fight by unanimous decision, which halted an impressive five-fight win-streak. He’s 13-4-1 overall.

Does a fight between Al Iaquinta and Kevin Lee interest you?