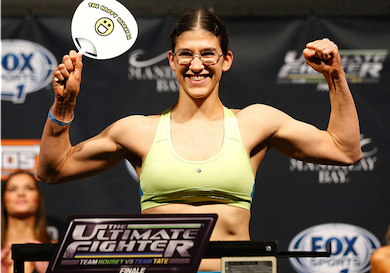 Invicta Fighting Championships has announced the signing of fifteen women’s Mixed Martial Arts (MMA) athletes to the Kansas City based promotion. The fifteen new athletes are spread across all five of the current weight classes in the women’s world championship MMA promotion and represent the next chapter in the history of Women’s MMA.

Since the inaugural Invicta FC live event in April 2012, Invicta has maintained its goal of showcasing current stars of Women’s MMA, but also building the stars of the future. To date over a dozen athletes have made their professional debuts fighting for Invicta FC, a trend that continues with the signings announced today.

“Invicta has always endeavored to balance delivering the athletes fans know and love, with an eye towards building the next generation of female MMA stars,” said Invicta FC President Shannon Knapp. “It has always been important to give the fans new athletes to cheer for, and to give the athletes themselves a platform to showcase their talent for the entire world to see.”

Continuing another Invicta FC trend, recently signed athletes hail from all corners of the globe, including as far away as New Zealand. “Women’s MMA is truly a global sport, and at Invicta we have scoured the globe in order to bring the best talent to our fans,” said Knapp. “There is talent all around the globe, and our goal at Invicta has been to provide athletes with a worldwide platform to display their talent.”

Newly minted Invicta FC Matchmaker Julie Kedze is excited with the options the new signings represent for Invicta. “This new class provides me with added depth to put together match ups that we believe the fans want to see.” remarked Kedzie.

The following is a complete list of the most recent signings by Invicta FC, led by Ultimate Fighting Championships (UFC) veterans Peggy Morgan and Roxanne Modafferi.