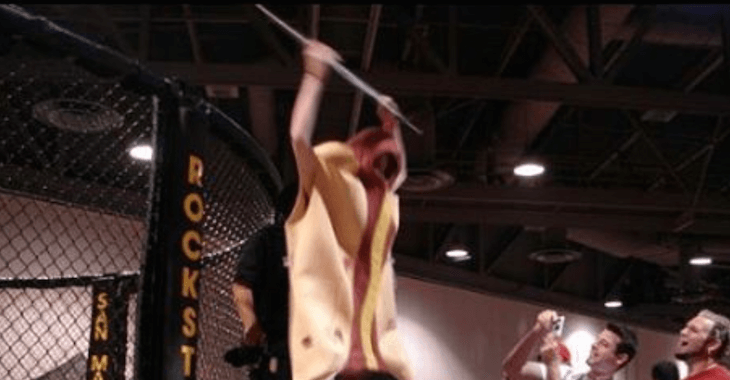 It might have something to do with the fact that she wore a hot dog costume and jeans. Yes, it would appear that dressing as a giant hot dog isn’t exactly what they’re looking for when judging those things. Who knew?

I mean, we can have kickboxing and MMA fights going on during one event but we can’t have ring girls dressed like hot dogs and hamburgers? It just doesn’t make sense. We would like to stand up for Evinger and her hot dog ring girl crusade, because someone has to put an end to this ridiculous ring girl competition judging.

That's right…I'm a hot dog in a ring girl competition ..I did t even make it to the finals, those… https://t.co/k8W4H9WG2o