According to BJPENN.com’s very own Chris Taylor, “The Preacher’s Daughter” has been offered a bout against undefeated Korean fighter Ji Yeon Kim (6-0-2) for the June 17 event.

Meanwhile, Ji Yeon Kim was last seen in action this past November where she scored a second-round submission victory (rear-naked choke) over Tao Li at the “Top FC 13” event in Seoul, South Korea. 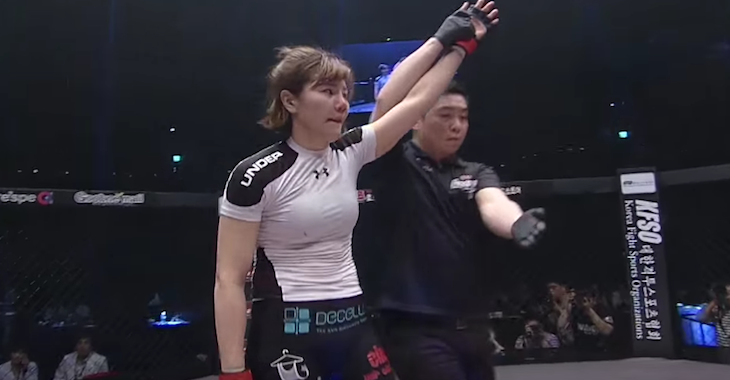 According to Taylor’s report, all that is left is for the former women’s bantamweight champion (Holm) to sign on the dotted line.

I can confirm that Holly Holm has been offered a fight at #UFCSingapore on June 17. Stay tuned to @bjpenndotcom for all the details!

No word yet on if the potential Holly Holm vs. Ji Yeon Kim would headline the June card.

What do you think of this potential match-up for Holly Holm? Sound off PENN Nation!