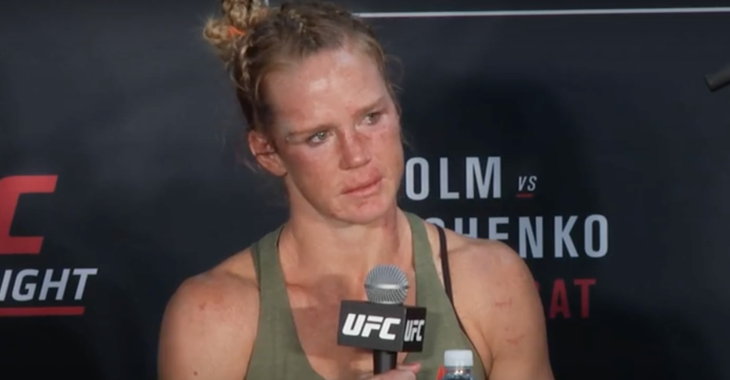 2016 has been a bit of a rough year for Holly Holm. In November of 2015, Holm picked up the biggest win of her career as she picked up a spectacular KO win over Ronda Rousey in the main event of UFC 193, extending her professional record to 10-0. Unfortunately for Holm, the momentum didn’t continue into this year.

In her first title defense, Holm stepped into the Octagon at UFC 196 to fight WMMA pioneer Miesha Tate in the co-main event of the stacked card. While it looked as though Holm was on her way to winning a unanimous decision, Tate managed to pick up a late fifth round submission, choking Holm unconscious to win the women’s bantamweight title.

In her next fight, Holm looked to return to the win column when she stepped into the Octagon against Valentina Shevchenko in the main event of ‘UFC Fight Night: Chicago’, however the former champ was on the wrong end of a unanimous decision.

Now, with ‘The Preacher’s Daughter’ set to fight Germaine de Randamie in February for the inaugural women’s featherweight championship, she has spoken to MMAJunkie to discuss the opportunity in front of her:

“I guess I thought that it could be a step that would happen. I just didn’t think I would be involved in it. I thought I would still be at the 135 (division).

“But gosh, this opportunity is right in front of me. How do you not take it?”

“My goal obviously – who wants to gain a belt and then lose it? So (losing the 135-pound title) is definitely a sore spot for me, so I want to be able to fight for the 135-pound belt, as well, but that’s not something I’m of right now because I have this other opportunity in front of me.” 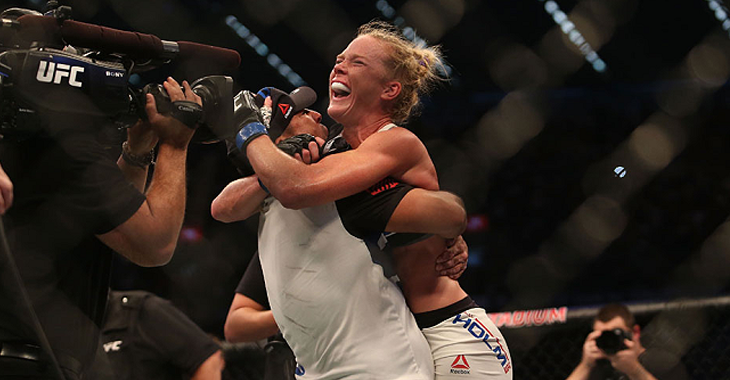 Only time will tell if Holm is able to secure the belt, and become the first ever two-division female champion.