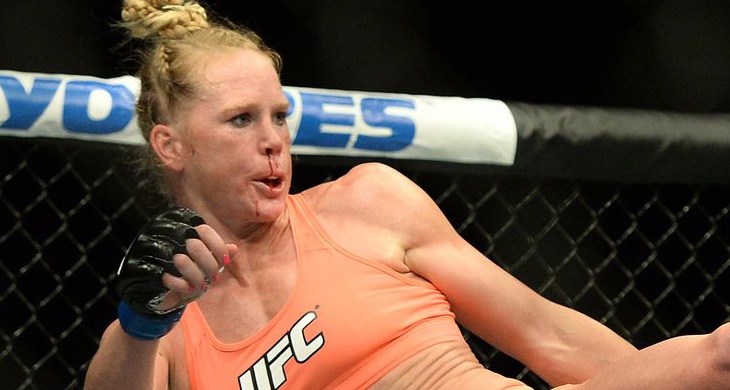 Dana White is not upset after losing arguably the biggest PPV event ever for the UFC later this year with the rematch of Holm v Rousey.

He has expressed that he feels sorry for Holly Holm but not for the reason you think. He doesn’t feel bad she lost only that she doesn’t know how much money she lost due to her manager Lenny Fresquez.

“The sad part about that whole thing is, and listen, he’s an old boxing guy who thinks he’s smart and he isn’t. The thing I feel bad about is I feel bad for Holly because I don’t know if Holly really knows what she lost. I think she has so much faith in the people that surround her she feels like, ‘Well, they’ve got me here.’ We had this meeting and Holly wasn’t even in it. Holly, that’s your life! You should be in that meeting. Don’t leave it to these people, this guy. Oh my god. Listen, Holly made a lot of money, she accomplished great things, she beat Ronda Rousey, but it could have been so much bigger for her. The sad part is I don’t [think she even knows.]”

At one point Fresquez was blackballed from the UFC until the UFC’s cooler head, Lorenzo Fertitta stepped in.

After hearing what White has to say Fresquez went to ESPN to respond.

“Of course, she knows. It was a team decision, and Holly is the boss. She wanted to fight, and she got her wish. I think she’ll fight Miesha or Ronda next. That’s my personal feeling, but who knows what the UFC has cooking? All I can speak to are Holly’s wishes. Holly wants to fight Miesha right away. She wants to fight Ronda Rousey. Even with the title, a fight between Miesha and Rousey doesn’t have the glamour a fight with Holly and Ronda does. Yeah, Holly lost. She made a mistake, but she’ll learn from it. Everyone saw she’s a warrior.”
At this point, Holm may have to take another fight if she wants to stay busy, as she could be on the sidelines for months waiting for the winner of Tate vs. Rousey 3.