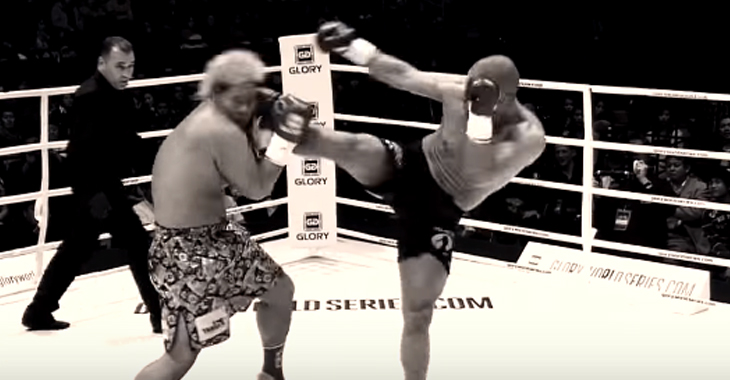 With Jon Jones’ future up in the air and a wide talent gulf separating the top two of UFC’s light heavyweight division, there’s a need for fresh contenders. Other than the insanely quick rise of Volkan Oezdemir (#3) in just three fights, there’s simply Daniel Cormier, Alexander Gustafsson, and everyone else since Anthony Johnson left. Hopefully, that’s all about to change. Kickboxing veteran and K-1 champion Gokhan Saki will make his debut in the 205lb division at the end of September.

#NorthKorea chill down Bro, dont mess up my #ufc debut in #japan If you want to see bombs dropped just watch my fight 23 September @ufc ✌️

Training with Gustafsson and Latifi.
23 september the Turkish flag will for always be remembered in Japan. #ufc @UFCEurope @ufc @UFCONFOX pic.twitter.com/F4fU2OQx53

“Despite standing at just six feet tall, the Turkish fighter had the speed and power to compete with and beat the best heavyweights of his time, compiling a remarkable 83-12, 1 NC record that included 59 wins by knockout and several titles in promotions such as Glory and K-1. In 2004, he lost his lone mixed martial arts bout to UFC vet James Zikic, but this year, Saki, who currently makes his home in Dubai, is determined to make a mark in the world of MMA and begin his march to a 205-pound world championship.” — Gokhan Saki’s summary from UFC’s official announcement.

While he’s old in fight years with an intimidating record, he’s only 33 which is on the younger side of the light heavyweight division and could even fight at heavyweight. The big question for Saki as he steps in to fight Henrique da Silva at UFC Fight Night 117 is his ground game. To say that Gokhan Saki is a striking specialist is some understatement, but he’s training with two of the best men in his division and they’re probably preparing for the grappling aspect. Da Silva is on a three-fight losing streak, so a big win over a K-1 legend like Saki would almost guarantee he stays in the UFC.