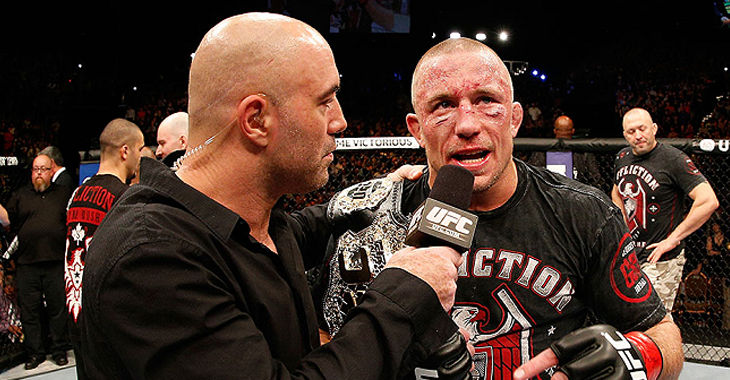 The issue of fighter pay is one that always brought up in MMA. In recent times, the issue has been more prevalent given the UFC’s apparel deal with Reebok, which Vitor Belfort even compared to slavery.

With news of former UFC welterweight kingpin Georges St-Pierre stating that he is ready to make his UFC return, he was asked about his thoughts on fighter pay, and how negotiations are going with the UFC, in an interview with BloodyElbow:

I would like to say, they need to make sure they take care and negotiate the problems. You know, I have a very good agent with me. The fighters, they complain they’re not getting paid a lot, they get exploited sometimes; The UFC runs a business, but it’s also the fault of a lot of the fighters – they accept any fight, they will sign anything. They have to look at their career as a business as well. They have to hire some confident people to do that job. I’m an athlete, my job is not negotiating, it’s not my field of expertise. I’m an emotional guy – it’s normal, a lot of athletes are, and we’re very susceptible to get our ego cut because of that. Dana White came out very often in public saying I’m this and that; I’m sure it’s also to play with my ego, to make me, for example, come out of retirement and say ‘Oh ok, I’ll fight for peanuts.’ No, I’m not like that. I know the game.

That’s how it is, and I will never blame a fighter if he doesn’t fight me because he takes care of his own interest first, and prioritize the interests of his family first, that’s completely normal.