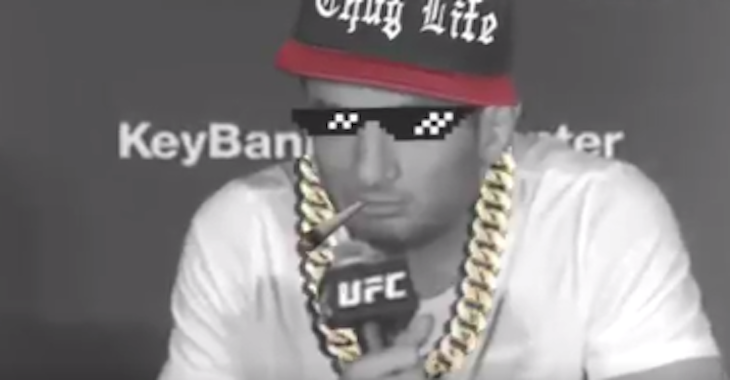 VIDEO | Gegard Mousasi once again gets the Thug Life treatment

Prior to that, Mousasi had scored knockout victories over Thiago Santos, Vitor Belfort and Uriah Hall respectively.

While fight fans are hopeful that the UFC can come to terms with Gegard on a new contract, the surging middleweight contender recently revealed that the promotions latest offer was “not good”.

“It’s not good,” Mousasi said (transcription via Sherdog.com). “We don’t like it.”

“We want to sign with the UFC. The UFC wants to sign also, so I don’t know. They should pay,” he said. “I’m co-main event all the time, so it’s not like people don’t know me.”

If the UFC can come to terms with Mousasi, it is likely that Gegard will fight former middleweight champion Luke Rockhold in his next octagon appearance.

Check out the following video where Gegard Mousasi gets the “Thug Life” treatment, this after he trades insults with current middleweight champion Michael Bisping.

Who do you think would win in a pivotal middleweight scrap between Luke Rockhold and Gegard Mousasi? Sound off PENN Nation!