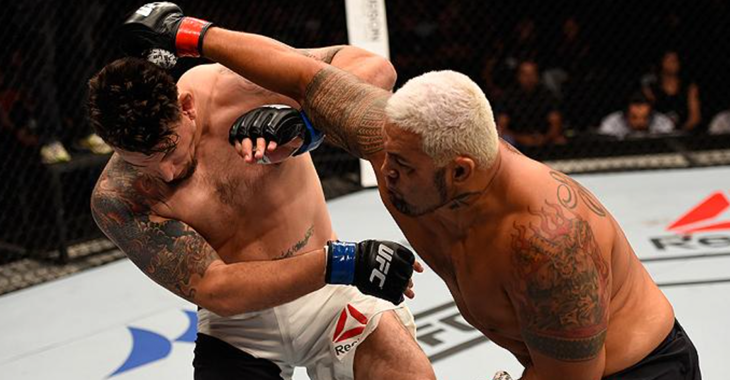 This past weekend in Brisbane, Mark Hunt picked up yet another incredible walk-off KO win as he knocked out Frank Mir in the very first round of their main event scrap.

While Mir has fought many of the greatest heavyweights in MMA history, he says that Mark Hunt hit him harder that anyone else he has ever fought.

“I’ve now been hit by Roy Nelson, Junior Dos Santos, you name it. I’ve been hit by some of the most powerful guys in the division and I was never really able to answer that question when someone asked me, ‘Who hits the hardest?’ And now, I’ll tell people, I’ve never been hit like I was hit by Mark Hunt. It wasn’t like it caught me on the chin. It caught me on the ear and completely took my legs out, rung my bell and put me on queer street. I didn’t know where I was going.”