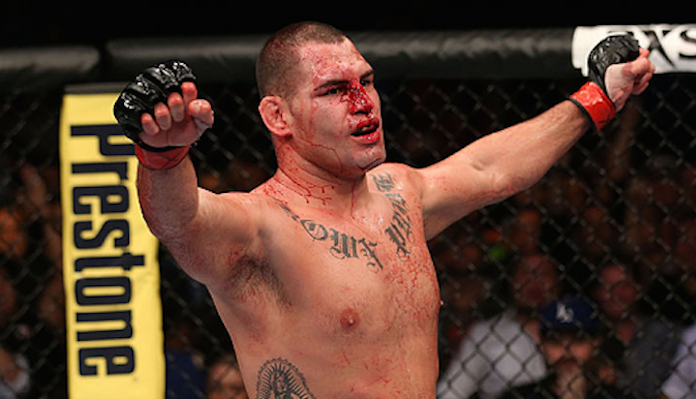 Cain Velasquez (14-2 MMA) is considered by many to be the greatest heavyweight fighter of all time. 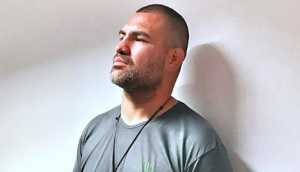 However, according to Cain’s longtime friend and training partner Josh Thomson, the now 36-year-old heavyweight standout is currently able to train and is also ready to fight.

The former Strikeforce champion, Thomson, had tweeted earlier this week that the UFC was “bullsh*tting” with Cain Velasquez. “The Punk” clarified those remarks in a recent interview with BJPENN.com’s Chris Taylor.

“Yeah, he (Cain) is ready to fight man. He’s able to train and ready to fight. It’s just a matter of, you know, I think the UFC has a lot of stuff working against them in regards dealing with him and his agent.”

Thomson believes that the current UFC heavyweight roster has only one man that could give Cain Velasquez any real problems.

“I would say that, well there’s no secret that the heavyweight division now is not all that stacked. There aren’t a lot of guys at the very top of the division that have a chance of beating Cain. The only fighter the UFC’s really has that could give Cain any trouble is maybe Stipe (Miocic). That is the only heavyweight I could see giving Cain a hard go. There’s just not really anyone else. I mean (Fabricio) Werdum, I’m sure Cain Velasquez would like to get that fight back, but Werdum’s going to be on the sidelines for a long while now due to his sentence.”

“So I mean other than that, there’s just really Stipe and Daniel Cormier and let’s be real Cain isn’t going to fight ‘DC’. Cormier is going to fight Derrick Lewis at UFC 230, then he’s going to fight Brock Lesnar. If he can get through that fight with a win then we are talking either retirement or a trilogy bout with Jon Jones and that is it. I wouldn’t expect Cormier to look for any other fights aside from those three. The only reason ‘DC’ took this short-notice UFC 230 fight with Lewis is because they threw a lot of money at him. I think the UFC kind of had a hint that Luke Rockhold was going to be forced out of his fight with Weidman, plus they knew that Diaz vs. Poirier was falling apart, so they had to get something in there to basically cover the whole card. What better person right now than the “double champ” right? He’s getting paid a lot for this fight.”

Thomson believes that Daniel Cormier will not be around much longer and thus the UFC should be placing more stock in Cain Velasquez.

Who would you like to see Cain Velasquez fight in his next octagon appearance? Sound off PENN Nation!