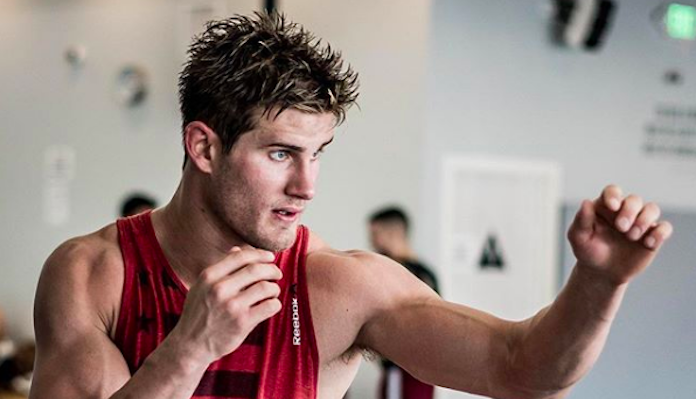 Former UFC standout “Super” Sage Northcutt will make his debut in the ONE Championship welterweight division on May 17, as he is set to battle kickboxing specialist Cosmo Alexandre at ONE: Enter the Dragon in Singapore.

ONE Chairman and CEO Chatri Sityodtong is very supportive of this idea — and even believes Northcutt can capture belts in all three sports.

“I love Sage Northcutt, I’m a huge fan,” Sityodtong told BJPENN.com in an exclusive interview “Not only of who he is as an athlete, but also who he is as a human being. His dream now is to be a triple world champion in MMA, Muay Thai and kickboxing in ONE Championship.

“If he wants to pull it off, I think Sage can pull it off. Of course it’s going to be hard — very hard — but he’s an incredible striker. He was a Black Belt Magazine Hall of Famer at 15 years old. He’s had hundreds of karate matches. He’s a champion in his own right. I do believe if anybody can win a world title in MMA, Muay Thai and kickboxing, it’s Sage.”

That being said, Sage Northcutt is not the only ONE Championship fighter with this ambition.

Stamp Fairtex is also aiming to become a three-sport champion, and as the owner of the ONE Atomweight Muay Thai and ONE Atomweight Kickboxing World Titles already, she’s got a serious head start on her American peer.

“Stamp is well on her way already,” Sityodtong said of the Thai striking specialist.

Do you think Sage Northcutt or Stamp Fairtex can capture belts in three different sports in ONE Championship?