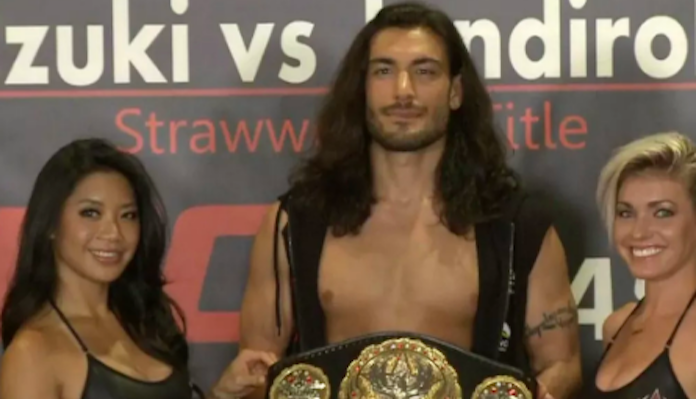 Elias Theodorou, who picked up a nice decision win over Trevor Smith during the prelims of Sunday’s UFC Liverpool card, has recently been moonlighting as a “ring boy” for women’s MMA promotion Invicta Fighting Championship. Essentially, Theodorou’s gig with Invicta sees him fulfill the same role as the “ring girls” of Bellator or the UFC.

Shortly after his big win in Liverpool, Theodorou announced that he’ll soon be giving other male fighters a chance to try their hands as ring boys — in a sense.

Much in the same way that fire departments have created sultry calendars in the past, Theodorou says he’s set to launch a ring boy calendar. From the sounds of it, UFC heavyweight Derrick Lewis has already locked down the July page…

Jim Edwards of MMANytt has the details.

“Elias Theodorou just announced he will be coming out with a ‘ring boy’ calendar and will be approaching other fighters to appear in it… ‘who wouldn’t want a Derrick Lewis July!?'” — Jim Edwards on Twitter.

With his win over Trevor Smith at UFC Liverpool, Elias Theodorou moved onto a two-fight streak, having bested Dan Kelly by decision in his second most recent fight. He’s currently 15-2 overall.

Will you be buying Elias Theodorou’s ring boy calendar when it comes out?